Jayalalithaa returns as chief minister. Going forward, she will need the support of other parties. 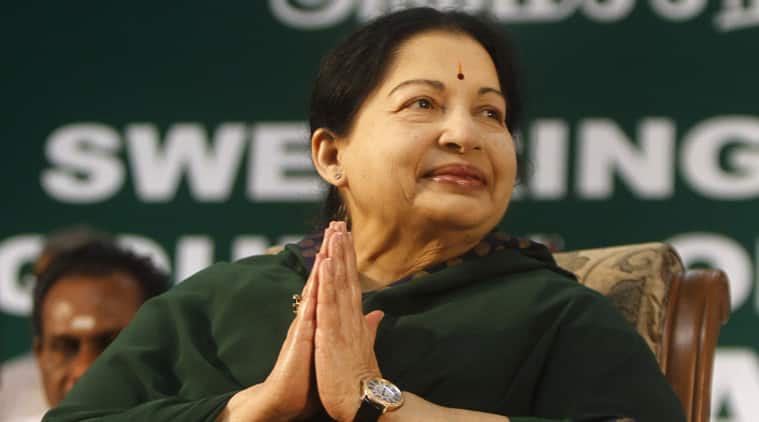 The DMK and Congress have stepped up the anti-Jayalalithaa ante. And there is the inevitable clarion call for a united third front

J. Jayalalithaa is chief minister of Tamil Nadu again. Her political fortunes have swung like an asynchronous pendulum. There are sudden overtures to Jayalalithaa from unlikely corners — Tamil superhero Rajinikanth and the BJP. The DMK and Congress have stepped up the anti-Jayalalithaa ante. And there is the inevitable clarion call for a united third front by the Left and a cluster of other regional parties. There is a sense of anxiety and intrigue over how the 2016 Tamil Nadu electoral battle will play out. The larger picture is still elusive. There is a sympathy wave in favour of the AIADMK, claim some. End of the Dravidian parties’ era, claim others. Dawn of a new beginning, 1967 rejigged, are some of the other claims. Amid such intense conjecturing over the political future of India’s fourth-largest electoral state, an analysis of voting patterns sheds some light on these manoeuvres.

In the nearly 30 years since the death of former Chief Minister M.G. Ramachandran and the advent of Jayalalithaa, the AIADMK and the DMK, led by M. Karunanidhi, have ruled Tamil Nadu alternatively, mostly in five-year terms. Voters in Tamil Nadu have expressed their choices in 10 parliamentary and assembly elections after 1991. The combined vote share of the AIADMK and DMK fell to its lowest in the 2014 general election. In 1991, when voters had a choice between a DMK or an AIADMK candidate, 91 out of every 100 voters chose one of the two parties.

In 2014, only 71 out of 100 chose one of the two, with nearly 30 choosing a non-AIADMK/ non-DMK party. In the 2011 assembly election, the combined vote share of the AIADMK and DMK was 86.3 per cent, the lowest in 20 years. It is irrefutable that fewer and fewer voters choose one of the two main parties. However, it is also pertinent that while the vote share is certainly declining for the two major parties in Tamil Nadu, the entire non-DMK/ non-AIADMK voter base at its peak is still only 30 per cent. The AIADMK typically wins its seats with a 56 per cent vote share and the DMK with a 51 per cent share.

The AIADMK’s winning vote share has been declining from 61 per cent to 56 to 52 per cent in the 1991, 2001 and 2011 assembly elections. The DMK’s winning vote share was 54 per cent in 1996 and 46 per cent in 2006. So, to unseat either party, a combined third front will need a vote share greater than 50 per cent. The current levels of 30 per cent are inadequate. While the winning vote share percentages of the two parties have been declining steadily, it is not low enough yet for any united third front to unseat the incumbents.But political parties desire power in the present. While the temptation among other major parties, including the BJP and Congress, to capitalise on the increasing voter apathy against the two main Dravidian parties looms large, it is the need for immediate gratification that will prevent disruption of the status quo of alliances and nudge other parties to gravitate towards the DMK and AIADMK.

The other interesting and perhaps obvious insight is that, when the DMK and AIADMK contest more seats on their own, they lose more votes to other parties. On average, the two major parties have contested 70 per cent seats on their own and 30 per cent seats were given to their pre-poll alliance partners in the elections since 1991. However, in elections when the two parties contest more seats and give fewer to alliance partners, their vote share falls. When there is a non-AIADMK, non-DMK candidate from an established party on the ballot, the Tamil voter is twice as likely to vote for the third candidate now than in previous years. Thus, it is also in the interest of the AIADMK and DMK to stitch pre-poll alliances and not be cavalier in attempting to fight elections on their own.

That there is increasing voter fatigue over the two main Dravidian parties is certain. It is also true that current levels of fatigue are not enough to swing the election away from them. Against this backdrop, the incentives on both sides — the two major parties and the non-DMK/ non-AIADMK — are perfectly aligned for alliances with each other for the immediate purpose of capturing Fort St George. Little wonder that Jayalalithaa reportedly received congratulatory calls almost immediately after her acquittal from the prime minister and the BJP president.