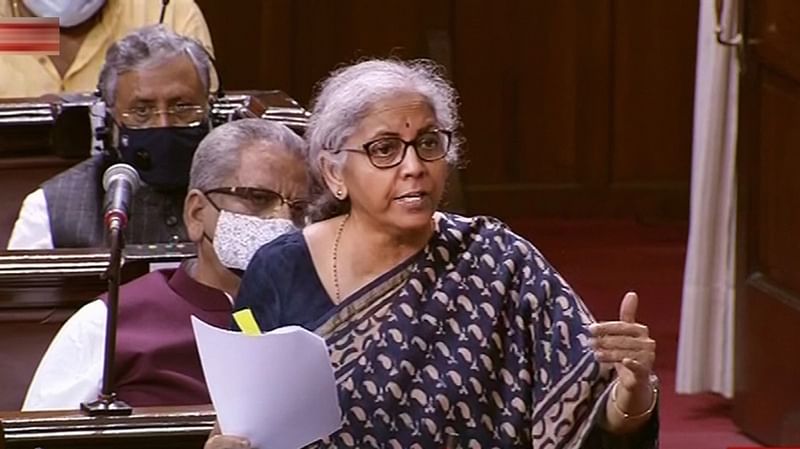 In a few weeks, a quarterly ritual will play out. The Government will release the first quarter’s Gross Domestic Product (GDP) growth numbers with some chest-thumping and Opposition parties will hold press conferences to counter such bombast with rhetoric and nit-picking.’ – I wrote in an article titled Whose GDP Is It Anyway? on 27 July in TheHindu.

I would wager that for more than 95 per cent of Indians, this GDP debate between the ruling party and the opposition is plain gibberish and has no meaning or impact on their daily lives. For the vast majority of people, the economy matters only when it translates into jobs, incomes and livelihoods. Ironically, the economy is perhaps the only thing that every Indian experiences, yet measures of the economy such as GDP, GVA (Gross Value Added) and so on have lost complete relevance for the average person. A double-digit headline GDP growth or being crowned the world’s fastest-growing economy means very little, unless it also yields robust income growth for families. This is where there is a breakdown between economic measures and actual livelihood benefits for the average family.

GDP is not equal to jobs

In the decade of the 1980s, every percentage point growth in India’s nominal GDP generated roughly two lakh new formal sector jobs. In the 1990s, every percentage point growth in GDP only generated one lakh jobs and in the 2000s, it fell to half a lakh jobs. To put another way, India’s GDP needs to grow four times as fast to produce the same number of jobs that it did in the 80s. The idea that, qualitatively speaking, GDP growth in the 80s may have been better for the average Indian family than today’s GDP growth, may sound incredulous and even facetious to the elite readers of this column, for who, life is vastly better today than four decades back. To be abundantly clear, I am not arguing for a reversal to the economic policies of the 1980s. But it is also important to be intellectually honest and acknowledge that contemporary economic models are not working for the vast majority of people in terms of improving their incomes and livelihoods. And to be sure, this is not just an India story or an indictment of one political party versus another but a global economic phenomenon, agnostic to political ideology or country.

“Overall, we have a problem because the employment elasticity of growth has come down over the years,” said Bibek Debroy, chairperson of the Prime Minister’s Economic Advisory Council, in a recent interview. In simple terms, Debroy acknowledges that GDP growth is not producing as many jobs as it did earlier. Jobless GDP growth is clearly a bi-partisan issue for the nation. In this context, discussions and debates between the ruling government and the opposition over intricate details of GDP and GVA are inane goobbledygook. Instead, there should be debates on how many jobs has the economy created every quarter, the types of jobs, average incomes of new jobs and wage growth of existing jobs. These are the economic measures that truly matter to most people, not whether India’s GDP grew at 13.5 per cent over one year or 3 per cent over three years.

The government gave us data that showed private citizens and companies spent more than Rs 20 lakh crore in expenditure in the first quarter of FY23 while the government spent Rs 4 lakh crore in the same period. They also told us that more than seventy million rural families received work and wages under the Mahatma Gandhi National Rural Employment Guarantee Act (MGNREGA) in the first quarter of FY23, which is 20 per cent more than the number of families that received work in the previous quarter.

But why is it that we do not know how many Indians got jobs in the first quarter of FY23? What was the average income they earned in this time period? Which sectors employed the most number of people? What types of jobs did they provide? Aren’t these the most important economic measures we need to know on a periodic basis?

GDP is a well-established measure of economic activity that we know how to measure every quarter. It is also a global metric that can be used to compare across countries and ranked by organisations such as IMF. Jobs and incomes are not something that we have measured accurately and periodically in India though other developed nations such as the European Union or the United States do it regularly. So, we have an animated discussion every quarter on India’s GDP growth, its ranking in the world and so on with utter disregard to the fact that none of it really matters to the vast majority of people.

Not everything that can be counted counts, neither can everything that counts be counted. There have been reams of reports by the erstwhile Planning Commission, now NITI Aayog, finance ministry, labour ministry and dozens of labour economists about how to create jobs. But none on how to measure, report and analyse jobs data periodically.

More than lectures on job creation ideas, how about we first start by reporting job creation data every quarter with the same fervour as we report GDP or inflation numbers? What we measure matters. It may not be perfect to start with but let there be a beginning in reporting the one economic measure every quarter that truly matters to every single Indian family – jobs. It is in the national interest to shift some of the energy spent over GDP discussion every quarter to a discussion on jobs. Because this is a national project, a bi-partisan group of experts from various political parties and ideologies can be assembled to set India on the path to measuring and reporting the most important economic measure – jobs. The onus is on the government to kick start this project.

What the nation needs urgently is not GDP but JDP (Jobs Data, Please).