The menace of social media monopolies 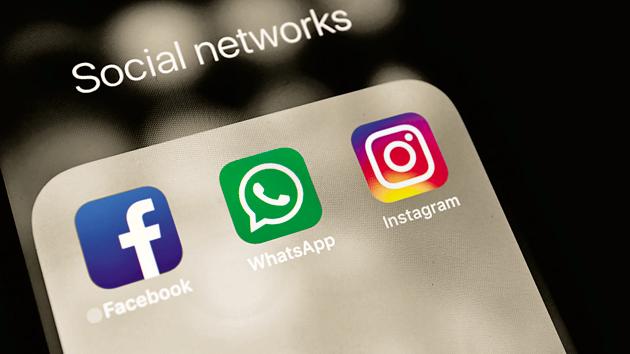 WhatsApp provides encrypted services to billions of users for free because its costs are borne entirely by its parent, Facebook. So, the fountainhead of “deaths by WhatsApp” in India is Facebook’s monopolistic profits(Shutterstock)

The United States (US) federal government and over 40 state governments in the US are seeking to break up social media giant, Facebook and its subsidiaries, WhatsApp and Instagram. The governments allege that Facebook abused its monopoly powers in stifling competition and distorting the social media industry. Of all the 187 countries that Facebook and its subsidiaries do business in, arguably, India has the most at stake resting on the outcome of this case.

However, India’s problems with Facebook and its monopoly subsidiaries are not as much about the economics of free market capitalism but about a more profound issue of social order and harmony.

There is an entire Wikipedia page dedicated to lynchings and deaths in India caused by rumours spread on the WhatsApp communication platform. It lists 12 cases of lynchings since 2017 in which 36 Indians have been injured or killed in social violence incited by fake messages spread through WhatsApp.

It is an astonishingly dubious distinction for a seemingly innocuous technology platform to be hailed as the perpetrator of violent deaths in a society. Widely-circulated rumours and false news on WhatsApp have caused severe upheavals in Indian society over the past few years. Just as gun violence is an acknowledged abomination in the US, WhatsApp violence in India is now an acknowledged disgrace. Despite all its acclaimed benefits, WhatsApp has turned into an enormous social menace in India.

In a meeting with Facebook’s global leadership team in the US in July 2018, I raised my concerns over the misuse of Facebook’s technology platforms in India and urged them to take this issue up seriously. They showed no signs of recognition of the gravity of the situation. Subsequently, in another meeting in October 2018 with the then global CEO of WhatsApp and their India leadership team, I once again raised alarm over WhatsApp’s unwitting complicity in perpetrating social unrest in India and asked them how the company proposes to address it. Facebook’s India team dismissed this concern nonchalantly and waxed eloquent about the immense benefits to Indian society from WhatsApp.

The notion that no civilised society should tolerate a single death, even if it means denying benefits to thousands seemed lost on them. The enormous market power and clout that Facebook and its subsidiaries enjoy has lured the company into a false sense of self-righteousness and made them callous about the unintended deep social harm inflicted by their products.

WhatsApp is a big social menace primarily because of its ubiquity. Nearly one out of every two adult Indians uses WhatsApp. WhatsApp has become hugely popular in India largely because it was free for the Indian consumer. Indians send as many free WhatsApp messages in one day as the number of text messages they send in a whole month. If WhatsApp charged a fee for every message or revealed the identity of the original sender of a widely circulated message, then perhaps WhatsApp would not be the menace that it is now. But, as the Netflix documentary Social Dilemma reminded us — “if the product is free, then you become the product”.

WhatsApp is able to provide its encrypted services to billions of users for free because all its costs are borne entirely by its parent, Facebook. Facebook can pay for the enormous costs of keeping WhatsApp free because it generates a profit of the equivalent of ₹20 crore ($2.7mn) every hour from its sheer dominance and monopoly of the social media industry. So, the fountainhead of “deaths by WhatsApp” in India is Facebook’s monopolistic profits.

Monopoly power of big businesses is not always only reflected in economic terms of prices and competition but also in their boorish behaviour as a dominant stakeholder in the larger society. Economists have previously justified big business monopolies if it benefits consumers through better prices and products. Twenty-two years ago, as a product manager at Microsoft, I recall receiving an email from an enraged Bill Gates to all employees about a similar proposal by the then US government to break up Microsoft as a penalty for alleged monopoly behaviour. More than 200 economists wrote a letter to then President Bill Clinton arguing how the average consumer has benefitted through better products at cheaper prices from Microsoft and hence it does not qualify as an abuse of monopoly power.

By this argument, a free WhatsApp should be deified as a blessing for consumers. But we know that a free WhatsApp causes deaths in India. The economic method of measuring consumer benefit or harm through the exclusive prism of prices is shallow. It is irrefutable that WhatsApp has caused tremendous social harm to Indian consumers.

Facebook’s enduring stream of global monopoly profits helped propel WhatsApp’s domination of the Indian market. If WhatsApp is split from Facebook, it will either be forced to charge for its product or look for alternative revenue streams or raise billions of dollars from new investors. None of these are easy solutions and can disrupt WhatsApp’s status quo. This could potentially break WhatsApp’s dominance in the Indian market, spurring competition for safer platforms and ending its monopoly. Which, in turn, could bode well to reduce social unrest through widely-circulated rumours on one dominant monopolistic platform.

India is WhatsApp’s largest market with four times more users than its second-largest market. There is a lot riding for Indian society on the case to break up Facebook and WhatsApp. While the US is seeking to save its cherished free market capitalism, India will be looking to save lives and preserving social harmony. Breaking up Facebook could help prevent the breaking of some Indians’ faces.