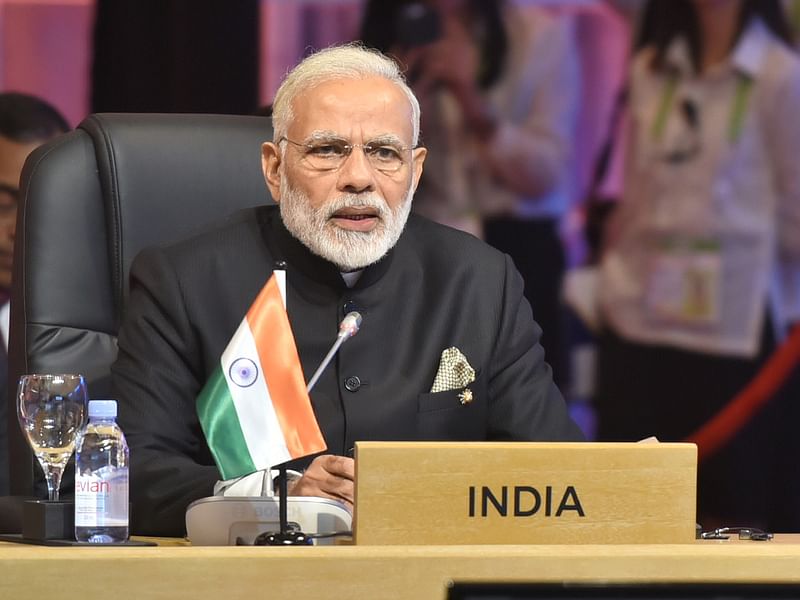 The very idea of India, and not just its institutions such as the judiciary, RBI, Speaker’s office and others, as a vibrant electoral democracy is in peril.

There is a palpable sense of anxiety that has gripped the nation over the state of India’s institutions. Justifiably so.

The government bulldozed its 2018 Budget through Parliament without any discussion on why and how it proposed to spend Rs 24 lakh crore ($350 billion) of our money. It is no secret that for the first time in the seven-decade history of India’s Parliament, the ruling party played an active role in disrupting Parliament, directly or indirectly. Parliament has been reduced to a joke.

The Speaker of the Lok Sabha shed all pretence of the impartiality demanded of her office, in blatantly disallowing it to discuss the no-confidence motion against the government. The Chairman of the Rajya Sabha suddenly donned the mantle of a judge and unilaterally dismissed the motion to impeach the Chief Justice of India, even though he had no powers to decide on the merits of the motion.

The Lieutenant Governor of Puducherry brazenly overruled a democratically elected chief minister to decide, bizarrely, that a citizen’s right to food should be determined by their cleanliness quotient. The Lt Governor in Delhi is deliberately strangulating the democratically elected chief minister in his abilities to govern the state. The institutions of the offices of the Speaker of the Lok Sabha, Chairman of the Rajya Sabha, Governors and Lieutenant Governors are being mauled.

Recently, thousands of people in several states were unable to withdraw their own money from their banks’ ATMs. The government imposed itself on the RBI and claimed that the shortage in ATM cash was due to an unusual spike in demand, while the RBI itself issued a press release saying there was actually no shortage.

Currency management is entirely within the ambit of the RBI and not the finance ministry. Why should the government intervene, interfere, and intrude into the independence of the RBI?

The lines between the government (executive) and India’s storied institutions such as the judiciary, RBI, office of the Speaker etc. are no longer the solid Lakshman Rekhas that our founding fathers had envisaged. Instead, they have become blurry, fungible boundaries that this government trespasses shamelessly.

But beyond all these extremely troubling developments, there is something more fundamental that is in grave danger – the idea of India as a transparent electoral democracy.

One may recall that the finance minister announced electoral bonds in the Union Budget of 2017. The government hailed it as a campaign finance reform that will improve transparency — from spurious cash donations to official cheque donations. It now turns out that this is not only yet another benign ‘jumla’, but actually a devious and mischievous scheme designed to favour the ruling party and kill the very idea of India as a vibrant multi-party democracy.

Any person or corporate wishing to donate to a political party should now buy an electoral bond from the State Bank of India and hand over this bond to the political party of his/her choice. Political parties do not have to disclose funds received through these electoral bonds. So, both the donor and the recipient remain anonymous, which is actually the exact opposite of the claimed move to ‘transparency’ in campaign finance. But, what has now emerged is even more startling.

A recent investigation by The Quint reveals that the electoral bond designed by the government is actually opaque only to the opposition parties, and fully transparent to the ruling party. The electoral bond apparently carries an invisible serial number that is not visible to the human eye. But the State Bank of India, using special ultra-violet equipment, can read the serial number and can exactly track both the donor and the recipient of funds through electoral bonds. Seemingly, this information of who donated how much to which political party is then shared with the government regularly, according to this report.

Put simply, the government can now track who donates how much to whom, but nobody else can. The government has not denied this, and has instead tried lamely to even justify it.

Doesn’t this empower the government with a perverse incentive to harass donors to opposition parties? If donations to opposition parties are squeezed dry, how can the electoral marketplace be a level playing field? What happens to India’s multi-party democracy if the ruling party has a massive unfair funding advantage over the entire opposition?

A level playing field is a mandatory condition for an efficient marketplace, as Economics 101 teaches us. By distorting the incentive structure for political donations in favour of the ruling party, India’s electoral marketplace is rendered futile.

India chose to pursue electoral democracy with universal adult franchise right at birth. There was much debate in the Constituent Assembly by India’s founding fathers over the design of India’s democracy. Unfortunately, there was not as much thought and discussion devoted to the costs of being an efficient democracy. A vibrant democracy requires many strong political parties competing with each other to cater to the needs and wishes of the voters. Political parties need funding, either by the state, or by benevolent donors, or both.

There must be full transparency in electoral bonds. Information about donors and recipients should be made public and transparent to all. India’s voters deserve to know who funds their political parties. India’s civil society must arise in protest to rescue the much-cherished electoral democracy from this devious attack by the Modi government.

The author is chairperson of the data analytics department of the Congress party and a former scholar of a think tank.