The chairman of the $20 billion Mahindra Group, Anand Mahindra, was exuberant in his praise for the then Reserve Bank of India (RBI) Governor Raghuram Rajan’s first ever interest rate cut on January 14, 2015. It seemed as though after persistent prayers from the ‘captains’ of industry and the government for more than 18 months and nine monetary policy meetings, Raghuram Rajan had finally relented to grant them their wish. Except, Rajanmade it clear that it wasn’t the industry’s entreaties that made him change his stance. It was the expectations of inflation by the average Indian homemaker.

This is how Rajan justified his decision in January 2015 to reduce interest rates for the first time in his tenure by 25 basis points (0.25 percent), from 8 percent to 7.75 percent. Rajan partly justified every one of his four subsequent rate cut decisions with the same rationale – decreasing inflation expectations of households. From the time he took charge as RBI governor in September 2013 to September 2014, 70 percent of Indian households, on average, expected prices of goods and services to rise more than 10 percent over the next one year, that is, double-digit inflation. Rajan did not cut rates in this period. Between December 2014 to June 2016, the mood of Indian households changed. Only 45 percent of households expected double-digit inflation and the remaining 55 percent expected single-digit inflation. Rajan cut rates five times during this period. There was a clear observable pattern to his monetary policy decisions. 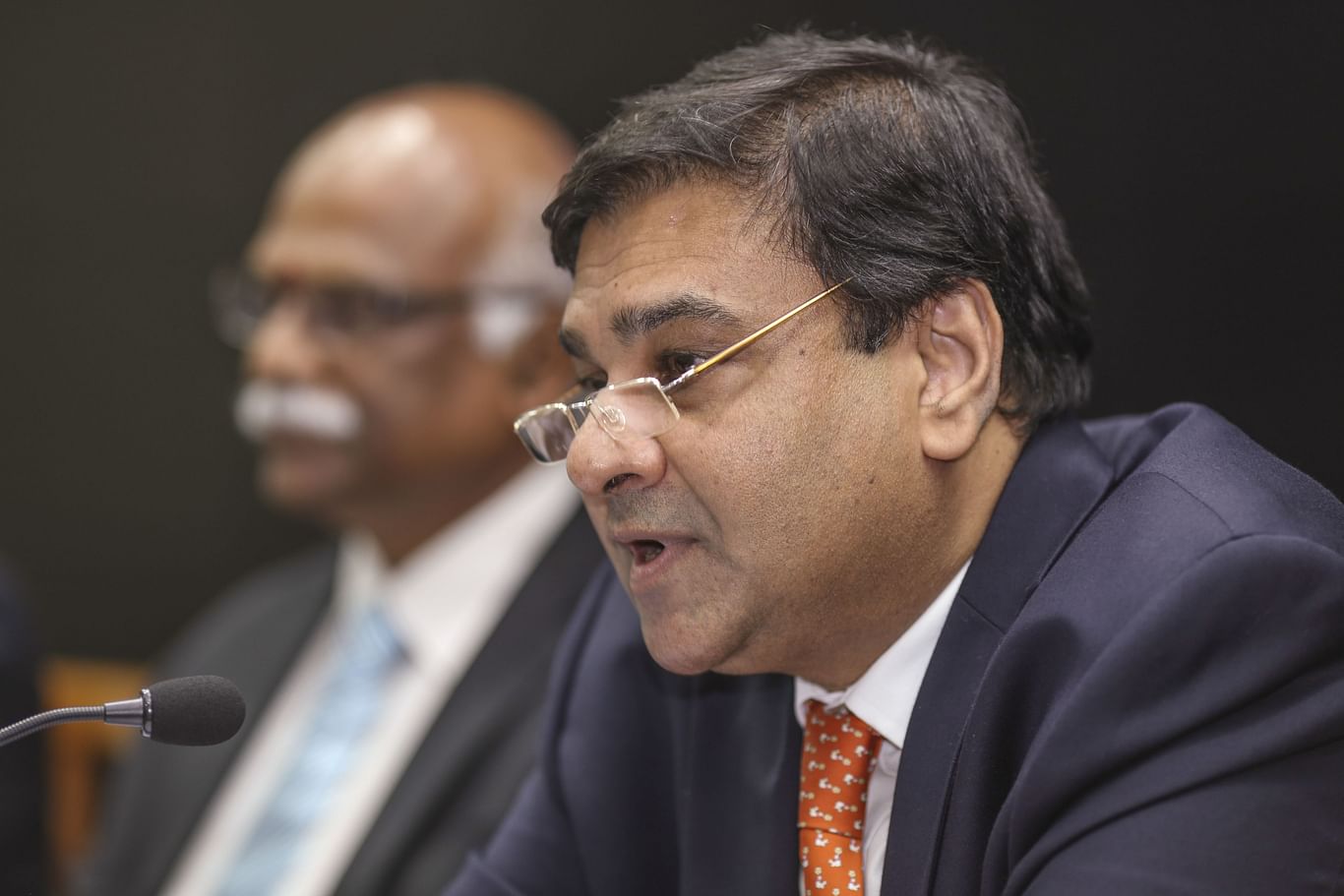 But during the recent October 2016 monetary policy, inflation expectations had once again risen dramatically. Evidently, this was inconsequential to the newly-constituted monetary policy committee (MPC) chaired by the new governor Urjit Patel. It chose to cut rates by 25 basis points despite the sharp increase in inflation expectations. So the very indicator that Rajan based each one of his rate cuts on, did not seem to have hindered the MPC’s decision to cut rates in October 2016.

Eighty years after the founding of the RBI, it now has a clearly legislated mandate for the first time – to keep consumer price index (CPI) inflation between 2-6 percent until 2021. The central bank’s mandate is not to worry about the cost of credit to businesses or the creation of jobs in the economy, as is often misconstrued. It is in this context that the Indian households’ inflation expectations matter a lot more now than it did in the past. The average Indian’s expectations of future prices will influence her current purchase decisions. ‘Will mobile phone prices fall so I can buy it later? If dal prices go up next month, I need to stock up today’ are the types of questions that influence our purchase behaviour. These decisions, in turn, impact actual prices based on the demand for goods and services and hence, the CPI inflation number. If households trust the RBI’s ability to rein in inflation, they will then vary their inflation expectations accordingly. Consequently, their purchase decisions will also change. How then does the RBI measure such inflation expectations of the ‘aam aadmi’?

The RBI surveys more than 5,000 households every quarter across 18 cities and towns. It ensures that the survey covers a wide cross-section of society – homemakers, retired pensioners, white collar workers, financial services professionals, small entrepreneurs and daily wage labourers. The survey questionnaire covers a range of questions related to expectations of both levels and trends of future prices over a three-month period (short term) and a one-year period (long term). This constitutes the RBI’s quarterly inflation expectations survey of households. Similarly, the Central Statistics Office collects monthly price data of a basket of goods and services from 1,114 different markets across 310 towns and 1,181 villages to calculate CPI inflation. This interplay between CPI inflation and households’ inflation expectations lays the foundation for India’s interest rate environment. 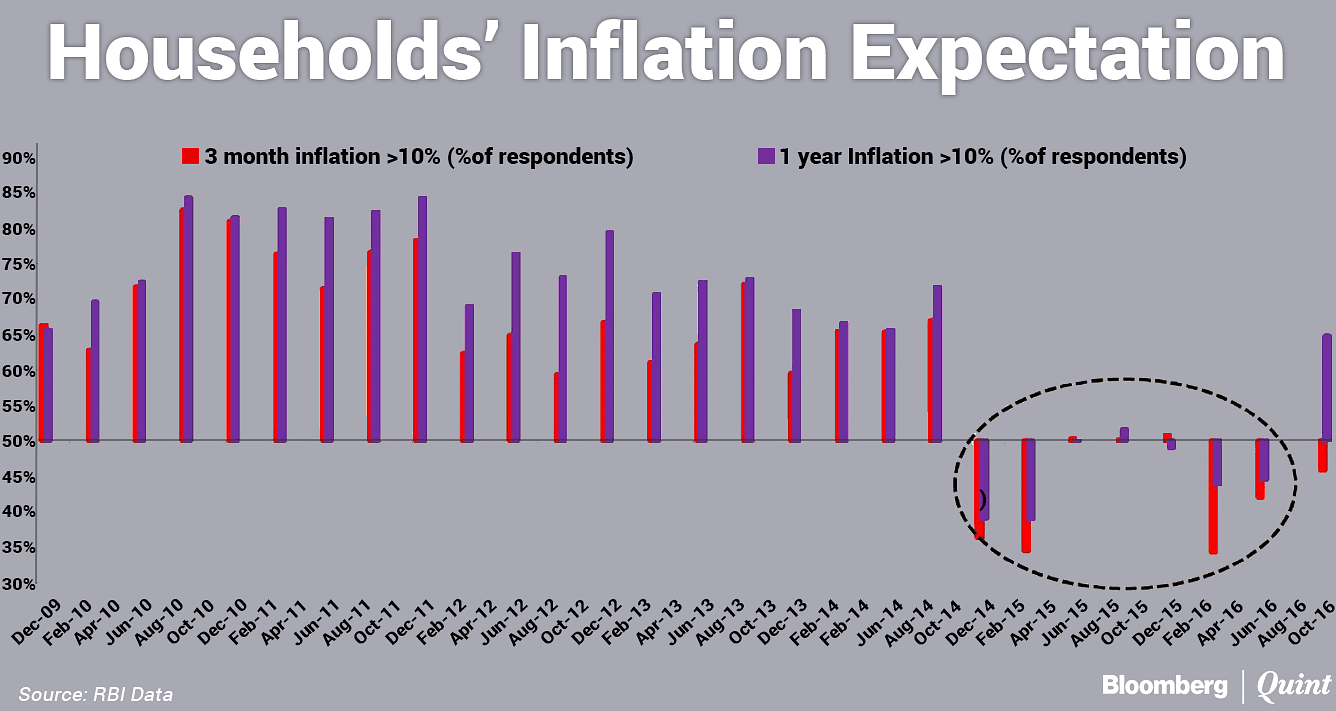 ‘Focus On Broad Trend, Not Levels’

The RBI survey also asks people to guesstimate current and future inflation. This is akin to asking people to estimate the exact temperature (in Fahrenheit!) of the weather they are experiencing. It is highly likely most estimates will be inaccurate. In fact, our analysis of category-wise results of RBI’s inflation survey shows that the average banker is no better at estimating inflation than the average housewife. Yet, there are reams of analysis on people’s inflation expectations vis-à-vis actual CPI inflation to conclude that the survey is unreliable.

What is more important are broad trends in people’s long-term inflation expectations, not actual levels of inflation.

Understandably, RBI’s monetary policy decisions are crucial to the growth prospects of India’s $2-trillion economy. With the sole mandate of confining CPI inflation in a specified range of 2-6 percent, the RBI’s objective now is unequivocally clear. To meet its objective, it is imperative that the RBI gains the trust and confidence of Indian households to believe that inflation can truly be contained within that range. Globally, inflation expectations play an important role in a central bank’s ability to abide by its inflation target range. India will be no different. The recent monetary policy decision of the RBI may seem anachronous with people’s expectations of inflation. Perhaps the monetary policy committee believes the recent surge in expectations is more an outlier. It is likely that the committee will watch this indicator much more closely now than ever before. Industry chambers wailing about their cost of credit or finance ministers threatening to ‘walk alone’ to achieve growth notwithstanding, it is ultimately what the ‘aam aurat’ believes about future prices that will likely determine RBI’s monetary policy decisions. So, the next time a RBI-appointed surveyor comes to ask questions about inflation, know that your response is worth $2 trillion and answer with care!