Manmohan Singh told me ‘detachment to power’ and ‘attachment to reform’

Economic reform in a developing country like India is primarily about relinquishing control by the government. Modi govt loves control. 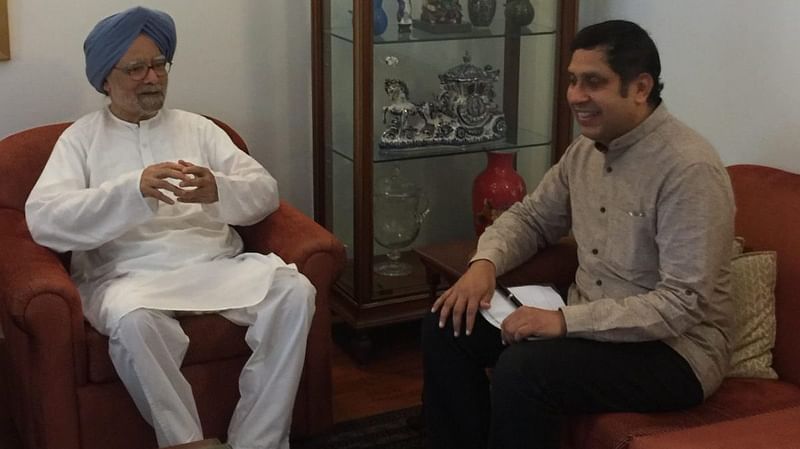 Much has been said, written, discussed, and debated about the historic 1991 economic liberalisation programme of India, executed by the Congress-led government at the time. The profound impact of the 1991 liberalisation programme on India’s economy is well quantified and documented – India’s external trade as a share of GDP has grown three times, foreign exchange reserves have grown 100 times in nominal terms, per capita income has grown six times in real terms, poverty rate has halved, life expectancy has increased by 11 years, urbanisation has increased by 10 percentage points, and so on.

It is undeniable that the long arm of the economic reforms touched nearly every single Indian and dramatically improved the standard of living for most. Of course, critics will argue that other Asian countries such as China, Indonesia, Vietnam or even Sri Lanka have grown faster in the same period sans the ‘big bang’ reforms. Would India’s economic performance not have improved as rapidly without the economic liberalisation measures is a theoretical counterfactual that is a futile debate.

While one may quibble about the measures and the numbers, it is indubitable that the 1991 economic reforms fundamentally altered the direction of India’s economic policy and chartered a new path along which it has been traveling for the last three decades. There is now, a rising clamour by the commentariat class for a similar ‘1991 déjà vu’ economic reforms to help India with a robust post-Covid economic recovery.

Does the Narendra Modi government have it in them to repeat 1991? The discussion of a ‘1991 redux’ focused merely on technical details of policy reform measures is naïve and shallow. The larger lessons to draw from the 1991 experience may be in the ‘how’ and not just the ‘what’ – the context, conditions and personalities that made 1991 possible are far more important than the details of the devaluation or delicensing measures that were undertaken then.

I have been fortunate to have heard many stories firsthand from the two main protagonists and architects of the 1991 economic liberalisation process – Dr Manmohan Singh, then finance minister, and Mr P. Chidambaram, then commerce minister.

It is well known that India had a severe foreign exchange crisis and the background, experience and credibility of Manmohan Singh as the finance minister played a huge role in convincing the International Monetary Fund (IMF) to bail India out with a loan to tide over the balance of payments crisis. The rest, as they say, is history.

Dr Singh has told me how his ‘detachment to power’ and ‘attachment to reform’ proved to be his biggest weapon in executing the reforms. He was confronted with hostile MPs from his own Congress party who vehemently opposed the reforms. In response, he nonchalantly offered to resign, since ushering in reforms was far more important to him than merely being finance minister. Realising that the resignation of a reputed finance minister during a severe economic crisis would prove to be far more damaging to the party and the nation, the Congress party MPs reluctantly agreed to the reforms.

The takeaway is that a steadfast, ideological commitment to reform by the political leadership is perhaps the most critical ingredient to undertake drastic reforms. By definition, reform is disruptive, threatens status quo and is politically very risky. Detachment to power is a necessary pre-condition for ‘big bang’ reforms. But there is abundant evidence that nothing is more important for Prime Minister Narendra Modi and his entire Cabinet, than being in power at any cost. Pegasus is a mere reaffirmation of what avarice for power can do.

Reform is about letting go

Another interesting story that P. Chidambaram shared with me is perhaps a greater symbolic representation of what economic liberalisation truly means. A month before the election of 1991, Chidambaram ran into an IAS officer on a flight from Delhi to Chennai and got talking. The IAS officer told him that he was the “Chief Controller of Imports and Exports”. Chidambaram asked him, only half in jest, “I can understand you being the controller of imports to protect foreign exchange reserves but why are you the controller of exports too?” To which, the officer did not have a response. It was not his fault that the job title of his position was named such.

Three months later, Chidambaram as the new commerce minister, liberalised India’s external trade policy. The position of the “Chief Controller of Imports and Exports” was abolished along with the “red book” of detailed rules that dictated which goods can be exported or imported, and of what value. The IAS officer that Chidambaram taunted on the flight was reassigned as the Director General of Foreign Trade!

The critical lesson here is the need for an innate mindset to ‘let go’. Economic reform in a developing country like India is primarily about relinquishing control by the government and unleashing the enterprise of the private sector. The process of relinquishing control can vary by sector, done in multiple steps and gradually over time, but the essence of reform is about letting go. The idea that control is not a virtue, but a barrier has to come from within.

Again, there is ample evidence that Modi is perhaps the exact opposite personality – loves control and consolidation. The power to dictate, command and elicit obedience is the fulcrum of Modi’s politics, through his entire political career. To expect Modi to abandon this natural instinct suddenly is foolhardy. In fact, when Modi crooned ‘minimum government maximum governance’ in 2014 as part of his election campaign and the ‘English elite’ had tears of joy flowing down their cheeks, very few bothered to look at hard facts. Government control of Gujarat’s economy went from 3.5 per cent in 2005 to 14 per cent in 2014 (state PSU share of GDP, CAG reports) under Modi’s tenure as chief minister, the number of government-controlled enterprises by the Gujarat government increased (not decreased) from 56 to 72, and state PSU turnover increased 20 times. The 2014 slogan of ‘minimum government’ is what Barack Obama would have called – ‘lipstick on a pig’.

Detachment to power, an ideological commitment to reform and the confidence to let go by the political leadership of the country are perhaps the most important pre-requisites for a repeat of 1991. It is quite evident to even a casual or distant observer of Indian politics that the desire for power and extreme control reign supreme for Prime Minister Modi and his government. To expect true economic liberalisation from Modi is akin to wringing water from a stone.

The author is a political economist & senior office-bearer of the Congress party. Views are personal.