Free trade is passé. US, Russia just made trade all about friends and foes

Is India a friend or a foe for the US? Is being antagonistic to China and Russia necessary? Compulsions of an interdependent world are making ‘foes’ into friends. 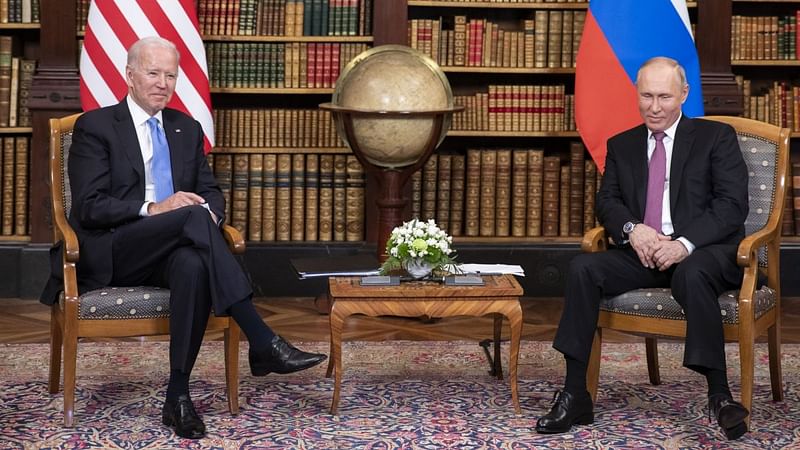 Last week, US Treasury Secretary Janet Yellen told South Korean officials that the US now believes in ‘friend-shoring’. That is, America will now trade primarily only with nations that are ‘friends’. Ostensibly, South Korea qualifies as a ‘friend’. Yellen elaborated, “In so doing, we can help insulate both Korean and American households from price increases and disruptions caused by geopolitical and economic risks.” This pivot to friend-shoring is apparently to reduce the risks of ‘non-friend’ nations weaponising trade dependencies to disrupt the global economy. In short, America is moving from a trade policy of ‘free trade’ to ‘friend trade’.

Also, last week, Russia and Ukraine, which are at war with each other, agreed to resume trading in wheat and other foodgrains with the rest of the world. This deal was mediated by Turkey, which, incidentally, does not condemn Russia’s attack on Ukraine. But Turkey also supplies drones to Ukraine to fight Russia.

Ukraine, which is one of the world’s largest producers of foodgrains, had been blockaded by Russia from exporting its produce to the rest of the world. So, consumer inflation for ordinary people in many countries has skyrocketed, and Turkey’s inflation is at a whopping 80 per cent. (For context, India’s inflation rate of 7 per cent has garnered widespread protests by people and the Opposition parties). In this head-spinning tale of deals and relationships between countries, Turkey, which badly needs Ukrainian wheat to lower inflation, helped negotiate a trade deal between the two warring nations while also supplying drones to Ukraine! In essence, the compulsions of a tightly interlinked and inter-dependent world can also lead to ‘foe trade’ and ‘forced trade’.

Free trade, friend trade, foe trade, forced trade — the narratives and economics of global trade have never been so beguiling and bewitching. The torchbearer of free trade, America, is now sheepishly admitting defeat with its shift to a ‘friend trade’ narrative. On the other hand, a champion of trade barriers and protectionism, Russia, is now willing to get into trade agreements even with its war enemy. It is a fool’s errand to slot nations in the modern world into sharp Left and Right economic ideologies.

When Americans suddenly had to pay $6 a gallon for fuel due to the shortage of Russian oil or were unable to buy cars and electronic equipment due to the shortage of semiconductor chips from China, academic liberal economists like Janet Yellen, now in public office and answerable to people, were quick to dilute their puritanical idea of free trade and point to its perils. America’s new trade policy of free trade with friends and no or restricted trade with foes is a remarkable departure from the 1988 sermon that Ronald Reagan gave to the world: “Commerce is not warfare. There are no losers, only winners. Free trade helps strengthen the free world”.

A friend in ‘need’

How will America identify and shortlist its ‘friends’ to friend-shore? Will today’s foes become tomorrow’s friends and vice versa? Is India a friend or a foe? Is it a ‘friendly foe’? Is being antagonistic to China and/or Russia a necessary and sufficient condition to be America’s friend? Perhaps Yellen and her team in the White House already have answers to these conceptual questions, or perhaps not. Either way, America’s new trade policy narrative needs a lot more clarity and explanation than the mere rhetoric around it.

Ironically, the political argument for free trade, espoused by leaders in the Bill Clinton-Tony Blair era, was that nations that are interdependent on each other for goods and services in a globalised economy will have a greater incentive to be at peace and not go to war. Now, America has turned this argument on its head, seeking to distinguish between friends and non-friends to trade with, implying that trade does not beget friends as previously postulated but friends beget trade.

Russia, Turkey, and Ukraine, on the other hand, have proved that interdependencies can even get enemies to trade with each other. The Russia-Ukraine conflict and the ensuing economic sanctions against Russia have turned into a ‘who blinks first’ contest among interdependent nations in the world. Will Europeans, threatened by the prospect of harsh winters without Russian gas, blink first or will Russians, suffering a collapsing domestic economy, give in first? To paraphrase Reagan, warfare is now commerce.

Regardless of who blinks first and how America’s friend-shoring efforts pan out, it is amply clear that a post-Ukraine war global economy is going to be vastly different. India has a lot to gain or lose in this changing order. Its future demographic destiny will be shaped by its ability to export. Exports of labour-intensive goods such as apparel, leather goods, footwear, gems, and jewellery are the only hope for India to provide jobs to hundreds of millions of skilled and unskilled youth, failing which, India runs the huge risk of an impending economic doom. Friend trade, foe trade, or forced trade, for the sake of India’s future, it must take whatever position provides it with the best opportunity.