A pandemic, an economic blow and the big fix

A package for ₹5-lakh crore-₹6-lakh crore targeted across different sections of society and the economy, is feasible 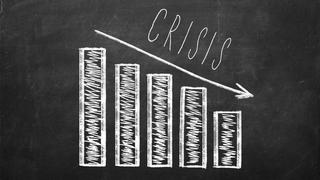 India has just finished a day of curfew and clapping to practise ‘social distancing’ and to express gratitude to the millions of health and essential services workers amid the COVID-19 pandemic. It was a laudable initiative by the Prime Minister to rally the nation together. The nation is truly at war, as he alluded to, and it can be won only by everyone coming together in this ‘tragedy of the commons’.

But just two days before our clapping, the Indian-origin Finance Minister of the United Kingdom unveiled the U.K.’s biggest economic recovery package in its history, as an antidote to the crisis; there is no fixed cost to it. The United States is finalising a trillion-dollar economic recovery package, while Germany is going ahead with ‘unlimited government financing’ for the disruptions due to the outbreak. France, Spain, Italy and the Netherlands have all launched a half-a-trillion dollars combined in recovery measures. If this reads like panic, consider this one data point — the number of people who lost their jobs, in just the last two weeks in America is the highest ever weekly job losses recorded in its history. These large, developed economies are expected to not merely slow down, but to contract and experience negative growth. The economic devastation will be much more painful and longer than the health impact.

While the rest of the world has sprung into action, India has merely announced the setting up of a task force under the Finance Minister to explore economic recovery options. This lackadaisical approach is unconscionable. Contrary to rhetoric, neither will India be immune to this imminent economic crisis nor will some ‘preternatural force’ insulate us from this epidemic. It is prudent to swing into action right away to soften the inevitable economic blow.

There are already reports that a third of all restaurants could shut down in the formal sector alone and shed more than 20 lakh jobs, in the coming months. The entire automotive sector is shutting down its factories, putting at risk the incomes of a million people employed in this sector. When people lose their jobs, entire families suffer, consumption drops and overall demand collapses. When businesses close down, then they default on their commercial obligations down the chain and to their financiers. This freezes up credit flow in the economy and halts production. Since this is a global crisis, it is not even possible for India to import and export its way to recovery. Under such painful conditions, India needs a comprehensive recovery package that will first cushion the shock and then help the economy recover.

In my discussions with former Finance Minister P. Chidambaram and economists, there was near unanimity that the package should rest on four pillars: providing a safety net for the affected; addressing disruptions in the real economy; unclogging the impending liquidity squeeze in the financial system, and incentivising the external sector of trade and commerce. So here is a broad plan for a ‘COVID-19 Economic Recovery Package for India’.

The destruction of jobs, incomes and consumption can be addressed through a direct cash transfer of ₹3,000 a month, for six months, to the 12 crore, bottom half of all Indian households. This will cost nearly ₹2.2-lakh crore and reach 60 crore beneficiaries, covering agricultural labourers, farmers, daily wage earners, informal sector workers and others. It is important that this is not just a one-month income boost but, instead, a sustained income stream for at least six months for the millions who have lost their incomes, to provide them a safety net and a sense of confidence. The Pradhan Mantri Kisan Samman Nidhi (PM KISAN) programme with a budget of ₹75,000 crore can be subsumed into this programme.

The Mahatma Gandhi National Rural Employment Guarantee Act (MGNREGA) must be expanded and retooled into a public works programme, to build much-needed hospitals, clinics, rural roads and other infrastructure. This can be achieved by integrating MGNREGA with the Pradhan Mantri Gram Sadak Yojana and the roads and bridges programme. These three programmes together have a budget of nearly ₹1.5 lakh crore. This must be doubled to ₹3 lakh crore and serve as a true ‘Right to Work’ scheme for every Indian who needs it.

In addition, the Food Corporation of India is overflowing with excess rice, wheat and unmilled paddy stocks — enough excess stock to provide 10kg rice and wheat to every Indian family, free of cost, through the Public Distribution System.

This combination, of a basic income of ₹3,000 a month, a right to work and food grains, will provide a secure safety net.

Steps for the central bank

The Reserve Bank of India (RBI) announced a ₹1.5-lakh crore liquidity and credit backstop facility on Monday, which is a very welcome move. Further, the RBI should show regulatory forbearance and also set up a credit guarantee fund for distressed borrowers for credit rollover and deferred loan obligation.

The central bank must also immediately reduce interest rates drastically to spur business activity. A two-year tax holiday and an appropriate incentive scheme must be designed for exports and service sectors that have been devastated (airlines, tourism, hospitality, entertainment, logistics, textiles, leather). This could cost the exchequer between ₹1-lakh crore and ₹2-lakh crore.

In sum, the total incremental expenditure for the recovery package will be between ₹5-lakh crore to ₹6-lakh crore for FY2021. The next obvious question is: Where is the money for this?

The ₹5-lakh crore to ₹6-lakh crore recovery package can be funded largely thorough three sources — reallocation of some of the budgeted capital expenditure, expenditure rationalisation, and the oil bonanza.

Given the extraordinary situation the world is facing, it is important to reprioritise our expenditure plan in the near term. The government had budgeted more than ₹4-lakh crore in capital expenditure for FY2021. This will, unfortunately, have to be reworked and some part of it allocated to the COVID-19 recovery package. For example, there is a budget of ₹40,000 crore for the revival of the telecom public sector units which can be delayed and the amount reallocated.

Similarly, the budget of nearly ₹1-lakh crore for national highways, roads and bridges can be rationalised to reallocate this to the recovery package. It is possible to extract a total of ₹1-lakh crore for the package out of the ₹4-lakhcrore budgeted capital expenditure for FY2021.

Fifty-four ministries in the Union government of India made a demand for grants and a total of ₹30-lakh crore has been budgeted as total expenditure for FY2021. Of these, 13 large ministries account for as much of the Budget expenditure as the remaining 41 ministries combined. There is ample scope to rationalise expenditure in these 41 ministries to extract ₹2-lakh crore for the recovery package.

The blessing in disguise for India is the dramatic fall in global crude oil prices —from $40 a barrel to an estimated $20 a barrel — which can help save nearly ₹2-lakh crore; this can be used to fund the recovery package or make up for shortfall of tax revenues.

To be sure, there will be a fiscal implication of this stimulus package and the fiscal deficit will rise driven both by increased expenditure and shortfall of revenues from the slowing economy. But now is not the time for fiscal conservatism.

It is often asked why the States cannot embark on an economic stimulus plan. The States combined incur an expenditure of ₹40 lakh crore. There can be some sharing of expenditure of the recovery package of ₹1-2 lakh crore by the States. But after Goods and Services Tax (GST), States do not have the fiscal freedom to raise tax revenues on their own. They are largely dependent on the Centre for their tax revenues through direct taxes and GST.

In summary, India needs an immediate relief package of ₹5-lakh crore to ₹6-lakh crore targeted across all sections of society and sectors of the economy. Though daunting, the money for this can be found through detailed analysis and some bold thinking. The global economy is headed for a dark phase and it is our duty to rise to the challenge to secure the future of all Indians.

It is time to think big, bold and radical to pull our economy out of this crisis. This is India’s moment for the equivalent of the “New Deal” that U.S. President Franklin Roosevelt launched in America after the Great Depression of 1929.

Praveen Chakravarty is a political economist and a senior office-bearer of the Congress party. The article has been written with inputs from former Finance Minister P Chidambaram and other economists and policy experts