GST has muddied the entire lake of India’s federalism. SC ruling only put a stamp on it

Fixing India’s ailing GST does not merely entail technical measures to boost tax buoyancy but also re-establishing trust between the Union and states. 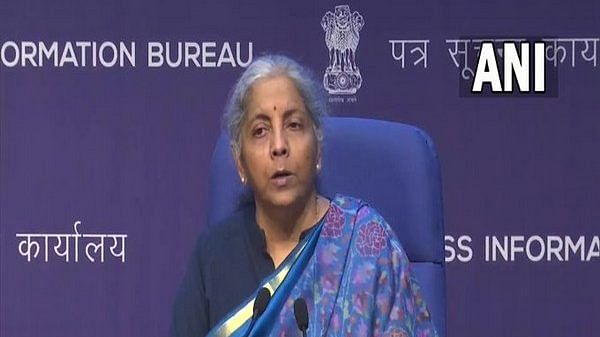 The Supreme Court of India ruled last week that the decisions of the Goods and Services Tax Council are not binding on state governments, much to the shock and dismay of many. Beyond the legalese, there is a much larger lesson for us as a nation from this ruling.

In September 2018, when the Supreme Court ruled on Aadhaar, I wrote in this publication that the larger lesson from the Aadhaar judgement was that “efficiency gains cannot be the sole guiding principle in a society”. The court’s recent GST ruling has a similar undertone. It implied that the purported economic efficiencies of a GST regime do not outweigh its attendant costs of an alteration to India’s federal structure.

Since 2004, economists and technocrats had been agitated by the inefficiencies of a complex web of disparate tax structures for goods and services levied by state governments and the Union government independently at multiple rates, causing great friction to inter-state trade through a plethora of tax check points.

They sought to remedy this through a rationalised, uniform GST tax structure throughout the nation. They brandished their toolkits and posited that the efficiencies unleashed by a ‘one nation one tax’ GST regime would boost economic output by at least two percentage points, bring more companies into the tax net, lead to greater tax revenues and formalise India’s vastly informal economy. The technocrats had a compelling argument and were cheer-led by the business media who in turn were egged on by large corporates that stood to gain enormously from GST.

All these efficiency gains were to be achieved by getting states to surrender their independent sovereign taxation rights. In the cost-benefit toolkit of economists, the benefits of GST could be tangibly measured through GDP growth and the health of the corporate sector but its costs of weakened fiscal federalism were intangible, immeasurable and nebulous.

India is not just constitutionally a union of States, as Rahul Gandhi has been reminding us, but also a unique democracy because of its political diversity where 23 different political parties are serious contenders to govern the various states of India. Under a GST regime, a democratically elected regional political party in a state lost all its independent taxation powers, which then meant they were entirely at the mercy of the Union government for funds to govern their state.

Regardless of the number of percentage points of GDP growth it may entail, no political party or leader would willingly sacrifice their fiscal powers. It was precisely for this reason that Narendra Modi, as chief minister of Gujarat, was vehemently opposed to GST until 2014.

Modi ji how quickly you forget your own words. Why are you rolling out GST without developing the proper infrastructure #GSTTamasha pic.twitter.com/5urSMepFN3

The uncomfortable, unsaid but widely known truth is that GST was hurriedly launched in July 2017 without much debate and discussion, and forced upon reluctant states to deflect attention from the November 2016 demonetisation fiasco. With 23 competitive political parties across various states, GST was always going to be an economic square peg in India’s political round hole.

Five years after GST, all hell has broken loose with finance ministers, political leaders, chief ministers and the prime minister squabbling openly over trampling each other’s powers and boundaries. In an official event with Prime Minister Modi yesterday, the Tamil Nadu Chief Minister MK Stalin demanded an exemption from the ‘one nation, one exam’ NEET policy, treatment of Tamil as an official language on par with Hindi and payment of GST dues owed to the state, all in the same speech. It is obvious that GST has muddied the entire lake of federalism in the country.

We now have the bizarre situation of India’s finance minister publicly ‘exhorting’ states to follow the Union government’s cue to reduce fuel taxes while legal minds in the Union and state governments are agonising over the true meaning of the English word ‘recommendation’, to determine if the GST Council’s decisions on tax rates are a mandate to the state governments or just an advice.

There is a complete breakdown of trust and trustworthiness between the states and the Union government. The GST fiasco has ruptured not just India’s fiscal federalism but also constitutional, political, institutional and administrative federalism. We may not be able to measure and quantify these social and political costs but as the Supreme Court order points out, these are real, large and material costs for the nation that far outweigh the measured benefits of ‘one nation, one tax’. The grave impact of disturbing the delicate balance of powers of India’s complex polity is what the GST technocrats were and continue to be oblivious to.

The ancient Indian parable of blind men and the elephant beautifully captures this basic human fallacy of claiming absolute truth based on one’s limited and subjective understanding. Economists and engineers are intrinsically trained to be efficiency hunters. Solving an inefficiency or maximising utility is the dominant dogma for an engineer or an economist. (I say this as an engineer, economist!) Societies have far more complex trade-offs, multi-faceted conflicts and network effects to contend with. Former US President Barack Obama in a 2016 speech to Silicon Valley CEOs famously remarked “Democracy is messy. This is a big, diverse country with a lot of interests and a lot of disparate points of view. If all I have to do is to make an app to remove inefficiencies and not worry about unintended consequences, then it’s terrific. But the government’s job is to deal with problems of all, not just a few”.

GST, a failure of…

It is now well established that GST has failed to deliver. But is it a failure of execution, design, or philosophy? The answer to this question will determine the path forward for GST.

Expectedly, economists and technocrats believe it is an execution failure of multiple tax slabs, some items being outside the GST ambit and so on. State finance ministers, such as my friend Palanivel Thiaga Rajan from Tamil Nadu, believe it is a design failure with impractical clauses such as one state, one vote and so on. The Supreme Court ruling implies that it’s a philosophical failure since it says ‘Indian federalism is both a dialogue and contestation between the states and Union’, which the idea of GST curtails.

Perhaps all of them are equally right. While the exact remedy for an ailing GST may be unclear, it is amply evident that we need a holistic approach to resolving GST’s current issues and not fall prey to a ‘one prism’ approach that led to this mess in the first place. Fixing India’s ailing GST does not merely entail technical measures to boost tax buoyancy but also re-establishing trust between the Union and states through design changes and restoring the balance of power through integrity of federalist institutions and giving states greater powers in direct taxation.

The Supreme Court order makes some profound arguments that we need to ponder over and debate. It says that healthy federalism is one that is both co-operative and competitive. And an unhealthy federalism weakens the larger nation. So, if the GST Council were to prevail over the states in a binding manner, then it blunts the competitive edge of India’s federalism, which then weakens the larger nation. Hence, the apex court believes that GST Council’s recommendations are not and should not be binding. To paraphrase the court judgment, the GST, as conceived and implemented by the Narendra Modi government, is ‘anti-national’!

Praveen Chakravarty is a political economist and chairman of the data and analytics department of the Congress party. He tweets @pravchak. Views are personal.