Covid-19 highlighted the ‘the tyranny of experts’

Ideas and opinions play an inordinately important role in a liberal democracy and should flourish freely. But the weight of such ideas and opinions rise only when incentives are aligned and symmetrical 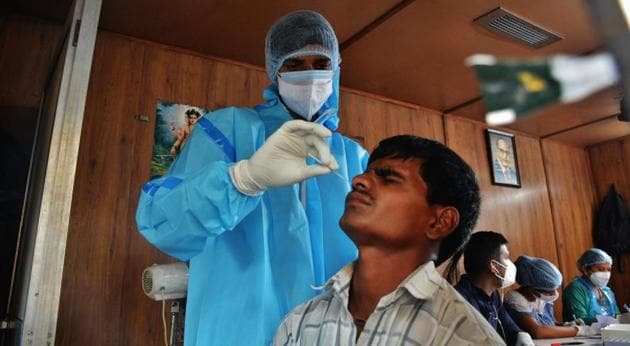 The year 2020 will be described in evocative terms — a year of reckoning for humankind, societies, democracies, economies and so on. But it is also the year that suffered from, what the American economist William Easterly once described as, the “tyranny of the experts”. On January 23, the World Health Organization (WHO) announced that the coronavirus outbreak was not a global emergency and saw no necessity for countries to panic. At the time, China had reported 800 cases and 25 deaths from Covid-19.
Just seven weeks later, epidemiological experts at the Imperial College in the United Kingdom (UK) estimated that 2.2 million people in the United States (US) and half-a-million people in the UK could die from Covid-19. Some of the world’s most credentialed experts came to diametrically opposite conclusions at around the same time using the same set of information about the same problem, both of which proved to be disastrously wrong. These experts’ advice formed the basis for some big decisions that nations and their leaders took. President Donald Trump paid a heavy price. He lost his presidency due to his handling of Covid-19. Ostensibly, the experts at WHO and Imperial College carry on with their lives with no substantial change. As the coronavirus was spreading rapidly, in April, experts at the International Monetary Fund (IMF) declared that the world economy would shrink by 3% in 2020, but that India’s economy would still grow, albeit much slower, at 1.9%. Just eight weeks later, they decreed that India’s economy would not grow but shrink by 4.5%. By October, they pronounced that the world economy would shrink by 4.4% and India’s by a whopping 10.3%. In just six months, IMF experts shaved $350 billion off India’s economy.
When IMF claimed in April that India’s economy would still grow, it was understandable that finance minister Nirmala Sitharaman chose the option of a meagre and conservative Covid-19 fiscal aid package for India, unlike other nations. At the time, bureaucrats in the finance ministry acknowledged that since experts projected India’s economy to still grow, they would rather conserve government relief for the future, if needed. It is now clear that early diffidence in fiscal spending has caused India’s economy to spiral downwards and shrink enormously to become one of the world’s most adversely-impacted economies. It is no exaggeration to impute that the policy misjudgement of a minuscule fiscal aid package in April has devastated the livelihoods of millions of Indians. Presumably, the experts at IMF carry on with their lives unperturbed, while India’s policymakers have to now deal with the wreckage.

In April, the New York Times ran a detailed graphical story titled “How long will a vaccine really take?” in which the opinions of dozens of academic experts in the field of medicine were taken to construct a timeline for vaccine availability. They concluded that if everything moved at “pandemic speed”, then the vaccine could be available by August 2021 for the first person to be jabbed and if things moved at typical speed, then a vaccine would be available only by November 2033!

Ninety-one-year-old Margaret Keenan received the world’s first Covid-19 vaccine shot in London on December 8. Half the world may be vaccinated by August 2021, the earliest that experts had predicted would be the first shot of the vaccine. Biotechnology and pharmaceutical companies driven by the lure of opportunity embarked on a race to develop the vaccine at breakneck speed and achieve an astounding outcome for humanity and and for their businesses.

It is not hard to see the pattern across all these incidents. In each of these cases, the experts had little to lose should they be fantastically wrong and lots to gain should they be right. But decision-makers such as politicians, policymakers and businesspeople stood to gain or lose equally by their actions.

The incentive structures for expert advice and opinion are skewed and asymmetric. To be absolutely clear, this is not to suggest that these experts had any mala fide intent or to even cast a shadow of doubt on their expertise. This is to merely highlight the issue of asymmetric incentives and raise the question — if experts were held more accountable, would it lead to better advice and opinions?

In 2018, the Lebanese American mathematician Nassim Nicholas Taleb postulated a philosophical idea called “skin in the game”. To illustrate, he cited a law from Hammurabi’s code of laws of society in Babylon 3,800 years ago, which stated that “if a builder builds a house and the house collapses resulting in the death of the owner, then the builder shall be put to death”.

The idea is not one of revenge, but of symmetric incentives. The notion that in an adverse consequence, only if the builder stands to lose equally as the owner, will it strengthen the incentive structure for both and lead to better housing for all. The larger idea is that only an equal sharing of rewards and losses among participants will lead to more robust outcomes and eliminate issues of “moral hazard” where one participant has little or nothing to lose vis-à-vis the other. It is neither a radically new postulation nor one that is difficult to comprehend.

Academics, think tanks, journalists, anchors, analysts, and historians suffer the most from this malaise, dishing out advice and sermons from the outside on how a political party should run its affairs, what economic policy the finance minister should adopt, and the ideal response to a public health crisis and various such things, with “no skin in the game”.

Ideas and opinions play an inordinately important role in a liberal democracy and should flourish freely. But the weight of such ideas and opinions rise only when incentives are aligned and symmetrical. “Listen to the experts” was the most common refrain in 2020. Yet, as we move into a New Year, it is clear that the perils of “advice without accountability” are far more dangerous. The next time you read a moral sermon or a prescription by an expert in these pages, ask yourself: What does this person lose if his advice is wrong or misplaced?