By moving away from welfare and subsidies to capital expenditure, the government is betting that trickle down effects will boost private investment, leading to more jobs 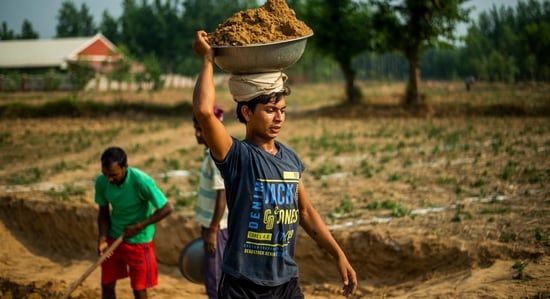 There was some expectation from the private sector to boost flailing personal consumption with schemes such as an urban MGNREGS. On the contrary, the government cut even the rural MGNREGS budget. (Shutterstock)

In my column in the run-up to the Budget, I said I will be counting the number of times finance minister (FM) Nirmala Sitharaman utters the word “jobs” in her speech. She mentioned “jobs” thrice and “Prime Minister” five times! Cheekily, this is perhaps an indicator of the FM’s economic priorities.

The principal thrust in this year’s Budget is the directional shift from welfare (labour) to capital. In the fiscal year 2021-22, the Government of India spent ₹4.3 trillion in providing food, fertiliser and fuel subsidies and roughly ₹1 trillion in wages under the Right to Work (Mahatma Gandhi National Rural Employment Guarantee Scheme), which can be classified as welfare expenditure for poor Indians. This total amount of ₹5.3 trillion spent last year has been cut to roughly ₹4 trillion for next year. In other words, the government will be spending ₹10,000 less in welfare on every poor family in the bottom half of the population.

The ₹1.3 trillion saved from the welfare spend will be used for capital expenditure by the government to presumably build infrastructure and other assets. The hope is that this infrastructure boost by government spending will catalyse demand for raw materials such as cement, steel, iron ore etc. and create direct and indirect jobs. This is the conventional “trickle down economic” premise. But it is also a big gamble for the 400 million workforce in the immediate aftermath of the Covid pandemic.

The second question is, does higher capital expenditure truly lead to more jobs and greater job creation in the economy. The textbook theory is that infrastructure investment leads to increased economic activity which manifests itself in greater demand and production which then leads to companies creating more jobs and hiring more people. But in contemporary economic development models, production has become heavily capital intensive and is not as labour intensive.

In other words, the global experience is that modern machine-intensive production methods do not need more people even as demand and output increase. Semiconductor, steel, cement and car factories do not create as many jobs as they used to. It is only small- and medium-sized businesses in textiles, leather goods and other such labour-intensive sectors that create jobs. The top 400 companies in India experienced a huge increase in sales, profits and market value last year but the total number of employees remained exactly the same as the year before.

To be sure, higher infrastructure investment can boost employment in construction and other semi-skilled sectors. But one has to be cautious in expectations for a big surge in employment driven by higher government capital expenditure.

Since this bet on increased capital expenditure has come at the cost of welfare and subsidy programmes for the poor, if adequate jobs are not created through this shift to capital expenditure, it will turn out to be a double whammy for the poor with neither jobs nor welfare. This is Sitharaman’s bold gamble and for the sake of our nation and youth, I hope it pays off.

Contrary to the euphoria over capital expenditure, the Budget expects India’s nominal Gross Domestic Product (GDP) to grow only 11% next year vis-à-vis a 19% nominal GDP growth this year. The FM called it a conservative estimate but it is still puzzling. It is well accepted that inflation is going to be much higher this year than the previous year. In which case, higher inflation alone, with all else being equal, would yield a higher nominal GDP growth number. Surely, if the government had such a strong conviction in its capital expenditure gamble, then the nominal GDP growth estimates should have adequately reflected that confidence too.

Prior to the Budget, there was some expectation from the private sector to boost flailing personal consumption with schemes such as an urban MGNREGS. On the contrary, the government cut even the rural MGNREGS budget, let alone launch a new urban programme. I suspect the fear of rising inflation at the time of five state elections deterred the government from any consumption-focused measures which may have caused inflation to rise further.

Predictably, there is much discussion and excitement over the FM’s announcement of a digital rupee and a 30% tax on cryptos. As I have written earlier, taxing cryptos showers legitimacy and the status of an “asset” on such digital tokens which is being penny wise, pound foolish. The government should have ignored cryptos just as it would have paid no attention to people indulging in esoteric trading of, say, peacock feathers. By taxing cryptos, the government may have inadvertently opened a Pandora’s Box for further demands for regulation of such trading, rules for valuation methods of these “assets” and so on.

By shifting expenditure away from MGNREGS, food and fertiliser subsidies to capital expenditure, 5G roll out etc., the government has bet on a “trickle down” impact to kick in and catalyse private sector investment, ultimately leading to jobs and livelihoods. At a time when the economy is not working for the vast majority of India’s poor, this is an audacious gamble, which I sincerely hope pays off and does not go the “demonetisation gamble” way.

Praveen Chakravarty is a political economist and chairman, data analytics of the Congress