The budget is insipid. It won’t revive the economy

It did not have a bold demand stimulus, a public investment stimulus or any supply-side stimulus 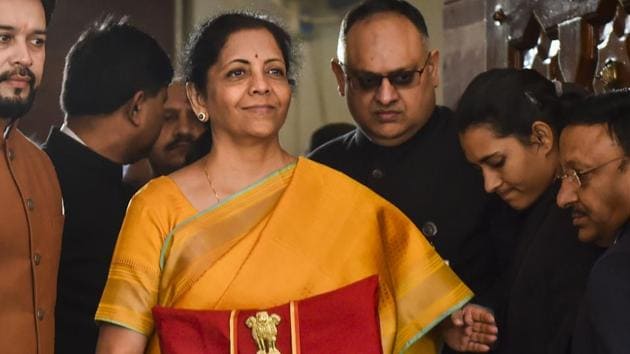 Let us indulge in a thought experiment. Millions of people in the Chinese province of Wuhan are badly affected by the deadly coronavirus, for which there is no easy cure. This has been acknowledged universally as a massive health crisis.
In this background, let us assume that the health minister of China visits Wuhan. Millions of affected people are waiting with bated breath to hear plausible solutions from the minister for alleviating their distress. The health minister gives them a three-hour lecture in which he outlines how the ancient Chinese civilisation was the most prosperous and healthy civilisation in the world, how their ancestors upheld virtues of cleanliness and exercise and so on. He then rambles on about the various programmes of his government, touting them as superlative achievements, and then promises a clean and healthy environment for everyone in the future. The minister neither acknowledges the coronavirus crisis, nor does he specify concrete steps to save people from this disaster. In such a situation, even in authoritarian China, it would be difficult for the minister to escape the fury and wrath of the people.

Substitute Wuhan with India, coronavirus with the “joblessness” virus, health minister with finance minister and we can recreate the Union Budget 2020 speech, delivered by finance minister Nirmala Sitharaman. It was an astonishing act of denial and an impudent attempt at subterfuge.

As of January 31, India recorded its lowest nominal GDP growth and highest unemployment in four decades, with negative growth in corporate tax collections, creeping inflation and dormant private sector investment. On February 1, the finance minister stood up in Parliament to give the nation a three-hour lecture on India’s prosperity in the “Sindhu Saraswati” civilisation and waxed eloquent about how our ancestral poets laid emphasis on wealth and entrepreneurship. Sitharaman’s budget speech was, simply put, insipid.

There was an overwhelming consensus among experts and economic commentators that India’s economy needed a demand stimulus to pull itself out of the current crisis. This meant that the finance minister was expected to announce a big stimulus that would have put money directly in the hands of the people to trigger consumption demand. We got none of that. Instead, we got a further complication of the personal income tax rate structure, disguised as a reduction of tax rates, where three simple tax rate slabs were increased to six rate slabs without exemptions. More than three-quarters of income taxpayers will not be impacted by this change, and it remains to be seen if the rest will actually benefit from the new structure.

While there was no direct demand stimulus, there was no increase in existing welfare programmes either that would have been a proxy to a demand stimulus. The budget for the rural employment guarantee programme was actually reduced by ~10,000 crores from last year and is even lower than the actuals spent in 2018-19. The total food, fertiliser and petroleum subsidy amount for 2020-21 was reduced by a whopping 24% from the 2019-20 budget estimate. The amount allocated for direct transfers to farmers (PM-KISAN) saw zero increase from the 2019-20 budget estimate, as was the case for the midday meal scheme and the health insurance scheme for the poor (Ayushman Bharat). Clearly, the finance minister did not think that declining rural wages, farmers’ distress and youth unemployment were real problems.

It is now well-acknowledged that the headline hunting move to slash corporate tax rates as a curtain raiser for the Prime Minister’s Howdy Modi event in the United States in September has failed to revive private investment and stimulate jobs. Puzzlingly, the budget continued to shower corporates with a ~25,000 crore dividend distribution tax cut, which will benefit only select large corporates and will certainly not do enough to revive investment.

The finance minister spent more than an hour in her speech announcing grand plans for infrastructure investment and laboriously detailing the various projects. The camouflage aside, the budget for capital expenditure is still at 1.8% of nominal GDP, which was the same as last year. So, it is not even the case that the government is embarking on a massive “New Deal” stimulus through public investment to revive the economy.

So, there was neither a bold demand stimulus nor a public investment stimulus nor any meaningful supply-side stimulus to pull the economy out of what Arvind Subramanian, the former chief economic advisor of the government, has called “the great economic slowdown”. But there was much talk of winning trust, reducing tax harassment and improving the ease of doing business. Apparently, incorporating a “charter of rights” for income taxpayers as a statute, setting up an “Investment Cell”, and a web portal for investment clearance and advice, will magically improve trust and confidence among economic participants. The fact that the budget still assumes tax collections will grow faster than nominal GDP growth of 10%, despite cuts in tax rates, suggests that tax harassment is not going to abate soon.

The move to be transparent about off-budget financing and a cleaner way to calculate fiscal parameters is a welcome development. The emphasis on non-tax revenues without crowding out private investment is an additional positive. But these are all meaningful steps when the economy is booming at 14-15%, not when it is struggling at a four-decade low of 7.5%. The government seems to have mixed up its bravado and swagger, employing that for social policy while it is most needed for economic policy. What was sorely needed from the finance minister was a “historic” budget. Instead she gave us a “history” budget.

Praveen Chakravarty is a political economist and chairman, data analytics of the Congress