Arvind Subramanian: A Century On A Treacherous Track

“This extended conversation is one of the most satisfying and rich I have had on the Indian economy.”

This is what Chief Economic Adviser Arvind Subramanian tweeted on Dec. 2, 2017. Arvind was referring to his conversation with me for BloombergQuint that lasted more than an hour. It was one of the most delightful intellectual discussions I have had with anyone on the Indian economy and it was gracious of Arvind to acknowledge it publicly. We debated, argued, agreed, disagreed, struck wagers etc. in that conversation but all done politely and courteously. That conversation captured everything about Arvind Subramanian, the chief economic adviser – a stellar economist with a profound understanding of India’s political economy with an insatiable intellectual curiosity, willing to always engage.

This extended conversation with @pravchak (https://t.co/1HtdsjPCmT) is one of the most satisfying and rich I have had on the Indian economy—from a medium term perspective—on TV (@BloombergQuint). Thanks https://t.co/aOxlSoGtId

“I think the closer you are to your voter in a democracy like India, the harder it is to tax them,” Arvind said to me in that conversation. This one line has stayed with me, simply for how beautifully Arvind could crystallise a complex policy issue encapsulating taxation, federalism and electoral democracy in a crisp and precise form.

Essentially, Arvind was saying that while devolution of finances and taxation powers down to local government may be a desirable policy objective, India’s complex political economy makes it much harder for elected representatives in local bodies to actually levy taxes such as property taxes and hence, perhaps, we may be better off taxing them at the federal level.

This simple but astute observation is a great example of what defined Arvind’s tenure as chief economic adviser – a classical economist who allowed his textbook ideas to be challenged and adapted to the Indian political economy context. I believe it was this important trait that allowed Arvind to flourish and excel. 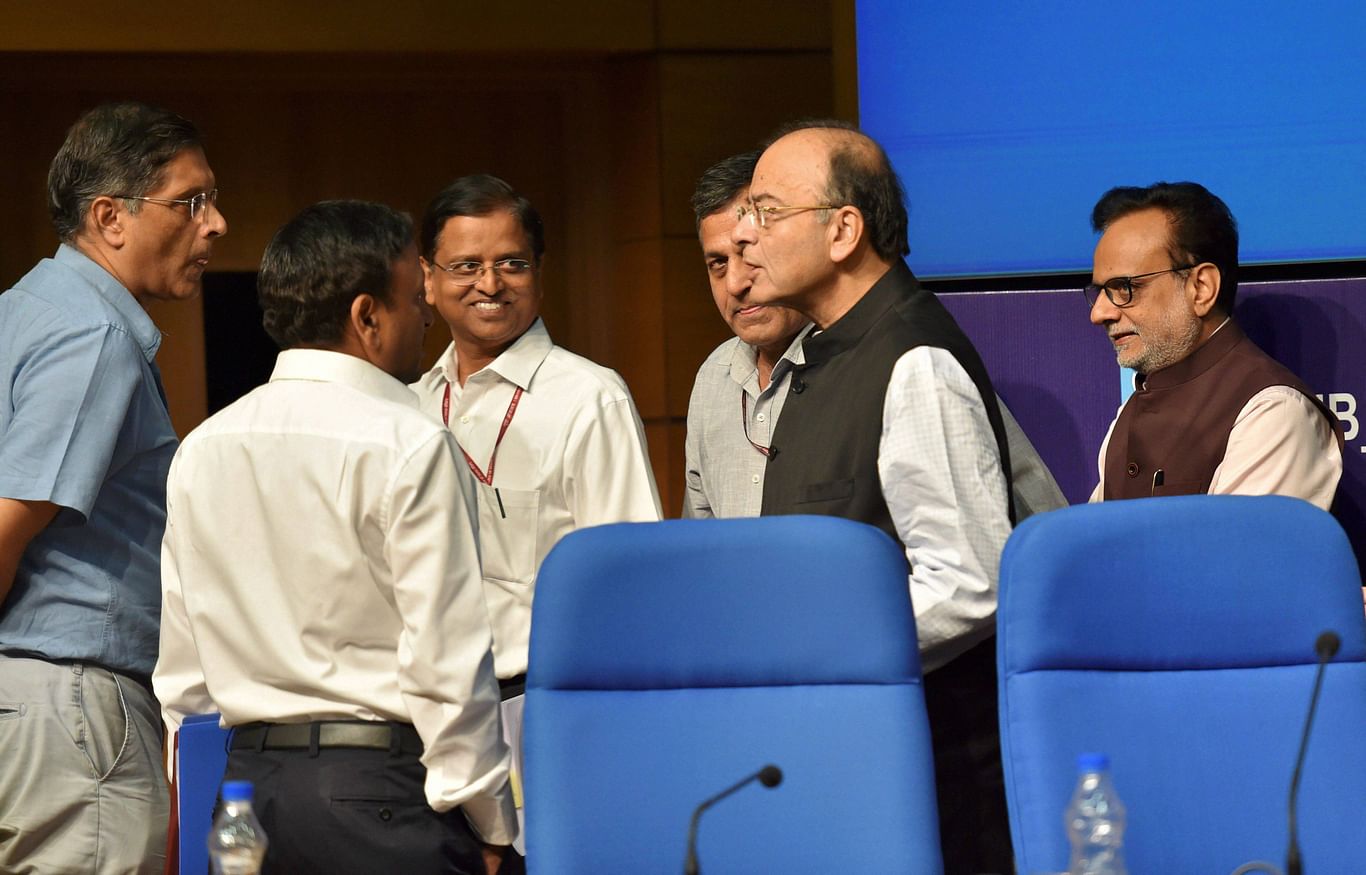 Regardless, Arvind’s critical role in India’s transition to GST is certainly one for the history books.

Speaking of history books being written on the Indian economy, of course, the big elephant in North Block is the disastrous demonetisation adventure of the Narendra Modi government. That Arvind Subramanian was the chief economic adviser during this time would also be recorded in history.

But hopefully, it will also be recorded that the chief economic adviser was neither concurred nor consulted on this economic policy blunder.

Arvind has been an impeccably dutiful public servant, showing remarkable restraint in airing his dissent publicly. 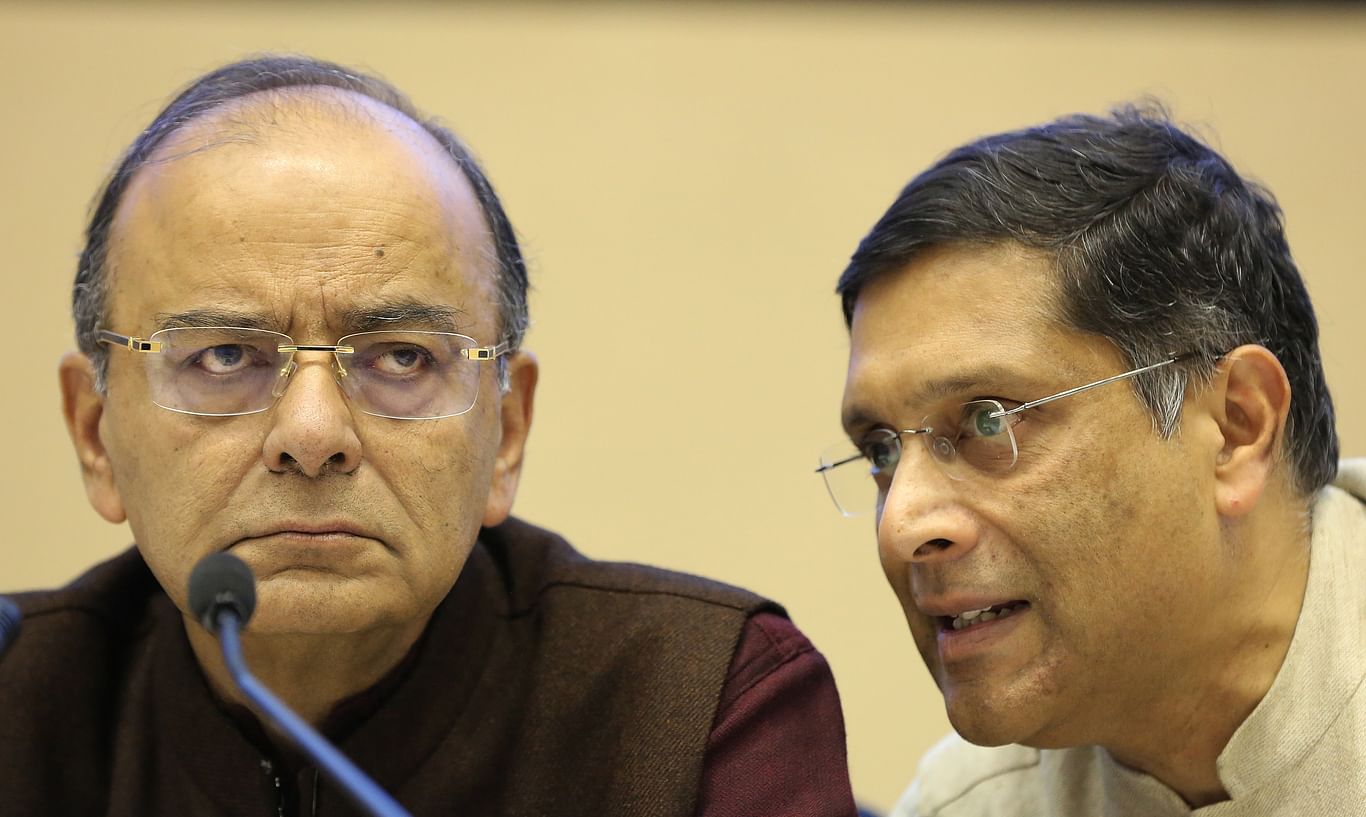 But for economists and policy geeks, Arvind’s most dramatic impact has been in the production of the annual Economic Survey of the Government of India. He transformed it from being a dour document with inane numbers to one that explored a variety of themes in a bold and rigorous manner with very rich and new datasets. Be it using train travel data to show labour mobility in India or using satellite data of rooftops in India’s big cities to show how we do not collect as much property taxes as we should, Arvind’s economic surveys have been such a delight to read and a treasure trove to mine for data and new concepts. Arvind certainly dictated India’s economic discourse through his Economic Surveys and by exploring new ideas and themes such as Universal Basic Income to Direct Benefits Transfer to the impact of cow slaughter ban on leather exports and jobs, the shelf life of these Economic Surveys has been increased hugely.

While I have devoured the Economic Surveys, I have equally enjoyed Arvind’s writings on tennis, a sport that I am a keen follower of. That Arvind could write eloquently about the nuances of tennis, participate in public discussions on the impact of literature on economics and discuss Indian politics, all with the same felicity, reflected the versatility of the man.

Keeping in tune with sports and Arvind, let me end with a cricketing analogy – Arvind Subramanian as India’s chief economic adviser from 2014 to 2018, was handed a treacherous pitch, dug by his own teammates, had to bat on the back-foot confined within the corridor of uncertainty, with the added threat of being blinded and run out anytime and still managed to score a century. Kudos and adieu.

Praveen Chakravarty is Chairperson, Data Analytics department of the Indian National Congress, a former political economy scholar in a think tank and was contributing editor at BloombergQuint.

The views expressed here are those of the authors’ and do not necessarily represent the views of BloombergQuint or its editorial team.