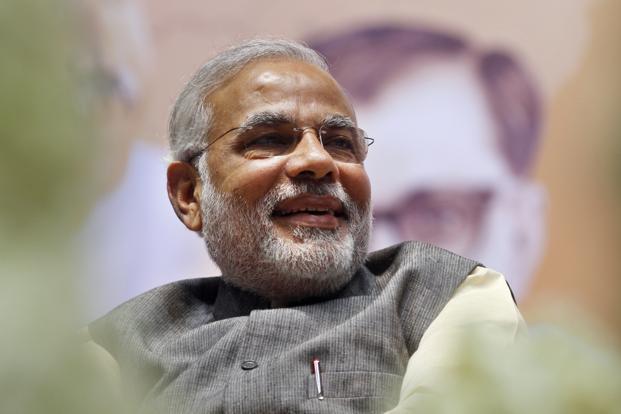 It is quite evident that nothing has materially changed with Narendra Modi or his actions between the time of the invitation and its subsequent cancellation. So, such knee-jerk reaction in cancelling his invitation is inexplicable. Photo: Sanjeev Verma/HT
(Sanjeev Verma/HT)

One of my deeply etched memories at the Wharton School at the University of Pennsylvania was leadership professor Mike Useem’s class on the day after the 11 September 2001 attacks. The adept manner in which he handled the tremendous outburst of emotions and encouraged diverse opinions on what should be the US’ immediate response was priceless and exemplified the true spirit of Wharton. Reputed universities globally thrive as pluralistic campuses and go to great lengths to foster diversity in their classrooms. It is, therefore, ironic that the Wharton School finds itself in the news for thwarting this very diversity of opinion and personalities at its annual student-organized conference—the Wharton India Economic Forum.

When Gujarat chief minister Narendra Modi was invited as a keynote speaker to the forum, it did not make news. It is also likely that it may not have been big news after he delivered his speech at the conference. But it is headline news now that his invitation has been revoked by the student organizers of the conference. There is a lesson here for the organizers of the forum—do not succumb to noisy rhetoric either by sections of civil society (in this case, professors) or by the press.

It is plausible that the young student organizers of the event were merely trying to avoid the potentially unwarranted attention that Modi’s keynote address could have generated. Instead, they ended with the negative attention by cancelling his speech. This is a costly lapse of judgement on the part of these organizers in one of the finest universities in the world.

An example of the richness in diversity at this year’s forum was the choice of both Modi and Milind Deora as speakers. Deora is a young modern-day politician. He is a two-term Congress member of Parliament and has been a minister of state in two ministries. He has been very successful with his own brand of politics, which is arguably very different from the more traditional, firebrand, style of politics of Modi. And to listen to both these very different politicians at the same conference would have been stimulating and enriching for the students at Wharton.

As a co-chair of the forum more than a decade ago, I recall the speaker selection process is not nearly as whimsical as it has been made out to be and is, instead, a meticulous process undertaken by the speaker sub-committee of the conference. Similarly, even this year, I am confident there were compelling reasons such as student interest, diversity of views, etc., for the organizers to have invited the set of speakers that they did.

It is also quite evident that nothing has materially changed with Modi or his actions between the time of the invitation and its subsequent cancellation. So, such knee-jerk reaction in cancelling the invitation to the Gujarat chief minister is inexplicable. This is all the more so in the case of students of a reputed business school presumably being groomed to be future leaders with impeccable decision-making skills. Another famous Wharton professor Jeremy Siegel’s mantra—“in the absence of new information, prices do not change”—can be used metaphorically in this context too. A “we changed our minds suddenly and without reason” style of decision-making is very unbecoming of Wharton students.

During the time of my association with the conference, I recall a discussion among student organizers over whether there was a contradiction in having Mukesh Ambani, a rich industrialist, as a keynote speaker that year and, in the same event, awarding the lifetime Indian alumni award to C. Rangarajan, who evidently shunned pursuit of riches and devoted his career to public service. The conclusion was unanimous—diversity of views and opinions is a cornerstone for a good conference and is in keeping with the true Wharton spirit. Student organizers of the 2013 Wharton India Economic Forum, keep up this spirit, apologize to Narendra Modi for this momentary lapse of reason and re-invite him to be the keynote speaker.