The myth of India’s low income tax base

Given India’s GDP and per capita income data, and the tax threshold, its taxpayer base is right 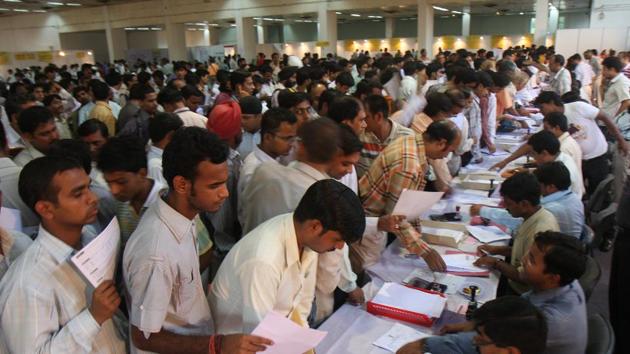 The key to widening India’s income tax base is in keeping the exemption threshold unchanged over many years, not in harassing the 3% of working Indians that fall within the tax ambit(ARVIND YADAV/HTPHOTO)

ByPraveen Chakravarty
In our country of 130 crore Indians, only 1.5 crore pay income taxes. Millions evade taxes,’ said Prime Minister (PM) Narendra Modi, while launching a platform for “Transparent Taxation” recently. The PM is not alone in this belief. Most political leaders, commentators and analysts share this conviction. This is one of the most perpetuated notions about India’s taxation. With the precipitous fall in India’s Gross Domestic Product (GDP) and the gravest economic crisis in history, the income-tax payer base will only shrink further.

The belief that India has very few taxpayers and millions of people routinely hide their income has been the underpinning for the country’s onerous income tax administration and a consequent mistrust of citizens. The income tax department has a Tom and Jerry relationship with taxpayers, indulging in an incessant chase of people under the conviction that nearly every Indian has large amounts of income stashed away in a secret corner.

This belief was also the rationale for the 2016 demonetisation blunder, independent India’s worst economic policy decision. But this widely held notion is one of India’s costliest and most harmful myths. A small percentage of working Indians pay income tax because that is how India’s tax structure is designed and not because millions evade taxes.

Only those that earn an income above the income tax threshold are liable to pay income tax. As per the current structure, only those earning more than around five lakh will effectively pay an income tax.

Over the last three decades, India has raised its income tax threshold 13 times while China has raised it only thrice in the same period. Little wonder then that China’s share of income-tax payers grew from 3% in 1986 to 25% now while India’s has remained stuck at 3%. India’s tax policy has ensured that most Indians remain outside the income tax ambit. So, the incessant grumbling and insinuation that millions of Indians evade income taxes is facile.

Is it possible that India’s per capita income is artificially low because millions hide their income? No. Even if millions of people hide their incomes from tax authorities, it will be accounted for in India’s GDP and per capita income data since they will use this hidden income to eventually spend on goods, real estate, gold and so on. It cannot be the case that millions of hoarders are stocking piles of currency notes in an attic every year without ever using it and even in that case, it will get accounted for in the “currency in circulation” data provided by the Reserve Bank of India.

If one believes in India’s GDP, economic and per-capita income data, then one has also to accept that under the current income tax laws, only 3% of working Indians will qualify to pay income taxes. There is nothing spurious or suspicious about it. To be clear, there are surely income tax evaders in the country, but not tens of millions of them, as perceived.

That a small fraction of working Indians pay income tax is a fact. But the corollary that millions evade income taxes is a myth. This myth has spawned a policy goal to unearth the hidden incomes of the phantom millions of tax evaders, which in turn led to foolhardy decisions such as demonetisation and has created a climate of mistrust, tax harassment and a heavy-handed state.

The key to widening India’s income tax base is in keeping the income tax exemption threshold unchanged over many years, not in policing credit card bills, flight tickets, hotel stays and harassing the 3% of working Indians that fall within the income tax ambit.