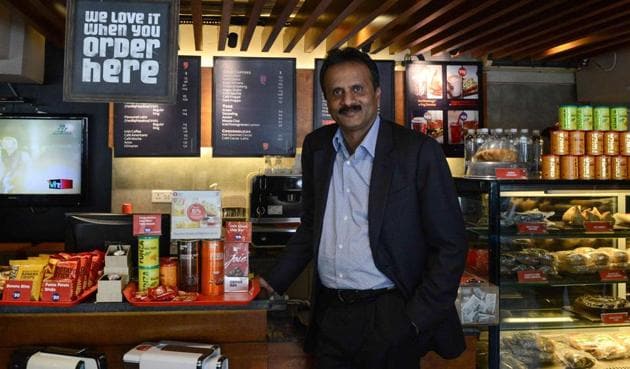 “Don’t let people game the system, deal with tax evaders firmly” is what the finance minister, Nirmala Sitharaman, supposedly told the income tax department on July 25, soon after she presented the Union Budget in Parliament. The finance minister has set a lofty target of a 23.3% increase in income tax revenues for financial year 2020, compared to a meagre 7% growth in the current year. In other words, Sitharaman wants income tax revenues for the next year to grow three times faster than it did this year. Hence, the putative pep talk to income tax officers.

The premise behind this policy goal is flawed, and disturbing. The tone and tenor of the finance minister’s budget this year is symptomatic of a larger and deeper malaise of a “morality governance” paradigm that is threatening to derail our society and economy, as seen in the recent tragic suicide of the founder of the successful Café Coffee Day business, VG Siddhartha.

There is a “good versus evil” framework that defines economic policymaking of the Narendra Modi government. The playbook seems to be to portray an “evil”, then position oneself or a policy as the “good”, to kill and triumph over this “evil”.

It started with the demonetisation policy in November 2016 that constructed a false narrative of an “evil” of millions of Indians, hoarding illegal cash in their homes, and under their pillows. The PM’s demonetisation idea was supposed to be the “good” that will destroy and triumph over this “evil” of black money hoarders. It did not matter to the government that evidence pointed to the fact that hoarded black money was typically not stored in cash. It did not also matter that eliminating 86% of all currency was bound to impact hundreds of millions of innocent others who did not possess any black money. All that mattered was the popular narrative that the government was fighting a “good versus evil” battle.

Similarly, the fundamental economic idea behind the Goods and Services Tax (GST) was to ease bottlenecks for inter-state trade and boost commerce. Instead, the Modi government once again applied its morality governance paradigm, and turned GST into a narrative of the “good” (GST) that will destroy and triumph over the “evil” of informal businesses that remain outside the tax net. The GST initiative was recast as a policy aimed at demolishing the evil informal businesses that evaded taxes, and formalise them into the mainstream economy. Again, it did not matter to the government that economic history tells us that no major country has set out to explicitly formalise its economy as a stated goal, and formalisation is an inevitable outcome of economic development. The net result of this was a botched-up GST, with a messy structure and harassment of small businesses, portrayed as the villains. This crushed the economy, which is still reeling under these twin shocks of demonetisation and a messy GST.

The latest in this playbook is the underlying tone of the recent budget presented by Sitharaman. The prevalent notion that India has a vast population of tax evaders is unfounded and baseless. Individuals earning less than ₹5 lakh a year need not pay income tax, as per the latest income tax slabs and exemptions. Going by India’s income distribution, less than 10% earn more than ~5 lakh a year. In other words, 90% of Indians are anyway legally exempt from having to pay income tax. India’s income tax exemption limit for its level of per capita Gross Domestic Product is among the highest in the world, and it is one big reason why the percentage of Indians that pay income taxes is very low. While there surely are income tax evaders, it is not the case that a vast majority of Indians evade tax, and need to be dealt with “firmly”, as it is made out to be.

But in the morality governance paradigm of this government, there is this big “evil” of hundreds of millions of tax evaders, and the government is apparently fighting this evil through aggressive tax scrutiny and collections. Like demonetisation and GST, this belligerent tax collection policy is fundamentally flawed in its premise. At a time when business confidence is low, the finance minister’s license to the income tax department to go after imaginary tax evaders, and extort sacks of tax revenues, will paralyse business activity and destabilise the economy even
further. The purported suicide note of
Siddhartha, alluding to the pressure he faced from the income tax department, is a grim reminder of the devastating impact that an aggressive tax revenue targeting policy can unleash on our economy and society.

Ostensibly, commentators may argue that this morality governance paradigm of portraying the PM and his government as the “good” triumphing over the “evil” of the nation has reaped rich electoral dividends for the ruling party, regardless of its economic consequences. Electoral victories aside, I hope that the Modi government will also appreciate that economic policy for our nearly $3 trillion economy needs careful thought and analysis, and cannot be based on some whimsical “hero versus villain” or “good versus evil” morality storytelling.