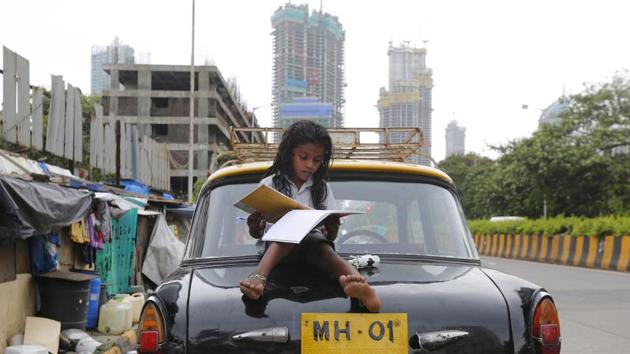 India’s economy is in the doldrums.

Everyone knows the facts — a million jobs lost in the automobile sector alone; stagnant rural wages; business investment at its lowest in nearly two decades; banking system in dire straits. The state of the economy is evidently so bad that even the typically fawning industrialists of corporate India are now beginning to squeal.

But why is this a surprise to anyone? It was long known to most observers that since the demonetisation of 2016, the economy was sliding precipitously. Economic indicators were reflecting a rapidly declining economy for the past few years, culminating in the current hopeless state of the economy. Of course, it was against this very bleak economic backdrop that more people voted for Prime Minister (PM) Narendra Modi and the Bharatiya Janata Party (BJP) in the 2019 elections than they did in 2014. Did jobs and livelihoods not matter to voters? Did the BJP successfully manage to distract the voters’ attention away from the dismal state of the economy with an alternate narrative? Did the Congress fail miserably in articulating to voters the imminent economic collapse and convince them to vote accordingly?

No one knows for sure, but perhaps it is a combination of all these factors.

But the current perilous state of the economy warrants that it is time to set aside these theories, prejudices and political differences and come up with tangible solutions to nurse the economy back to health.

First, the PM must lump down the harsh truth that his demonetisation policy was the original sin. In an ill-conceived pursuit against the supposed evil of black money, entire supply chains of various sectors such as construction, manufacturing etc, were wrecked, and a chain reaction in the entire economy was triggered. India’s $3 trillion market economy is not like the BJP organisation that can be commanded at will to obey the wishes of its supreme leader. This entire paradigm of a “good vs evil” approach to economic policy by the Modi government was deeply flawed.

Once we acknowledge that demonetisation was the fountainhead of the current economic crisis, then it is only wise to fix the root cause. It is time to remonetise India’s economy. An external shock was induced by removing money from the economy overnight. Therefore, the cure is to put money back in the hands of people. Money in people’s hands stimulates demand for goods and services. Such demand stimulates investment by industry. Investment in turn stimulates job creation. This cycle is what is commonly referred to as a ‘Keynesian demand stimulus’ in economist speak.

In other words, India’s economy now needs some version of ‘Nyay’, the minimum income guarantee policy proposal of the Congress, outlined in its manifesto for the 2019 election. It may be tempting for some to surmise that since the Congress lost the elections badly, all its ideas must also be rejected outright. But a good, timely idea need not be rejected purely on the basis of who came up with it.

Economists argue, laced with jargon, about whether the current slowdown is a “structural” or a “cyclical” slowdown, and if the solution should be a “demand side” or a “supply side” response. Jargon aside, India’s economy suffers from an acute problem of lack of adequate incomes and wages for large sections of the population.

The irrefutable fact is that wages for the vast majority of India’s rural workforce have not risen in the past five years. The poorest 50 million Indian families still earn a meagre ₹6,000 a month. We are not going to be able to suddenly create new jobs for all these hundreds of millions of agricultural labourers and cause their incomes to rise. Despite the much vaunted ‘Make in India’ and other slew of similar sounding programmes, India’s dependence on China for goods has only grown exponentially, as economist Sajjid Chinoy pointed out recently. India today imports the equivalent of nearly ₹6,000 worth of goods from China for every Indian — twice that of in 2014. Ornamental tax breaks for specific sectors and industries is not going to unleash some revolution in Indian manufacturing, create jobs and wean us away from our reliance on affordable Chinese goods.

Nearly all of the increase in consumption demand over the past several years has been from the minuscule affluent section of our society. The only immediate solution is to stimulate demand in the economy, especially across the poorer sections of our society, and hope that this will revive investment and jobs.

How will the government find the money needed for such a remonetisation is the next question. Our detailed analysis of India’s fiscal situation carried out while designing the Nyay programme showed that a phased approach for an income transfer programme, in collaboration with the states, is entirely feasible without being unduly fiscally reckless, through a combination of rationalised expenditure and new revenue sources. It needs imagination and a will for some structural changes to be able to find the money and implement this programme.

After all, of what use is a 303-seat majority in Parliament, if the Modi government cannot embark on such a bold path to put our economy back on track, and ensure hundreds of millions of Indians are not left behind?