India must plan for economic shocks

While it is clear that this is not a ‘normal’ year, it is also important to be cognisant of the possibility that the future global economic order may also not be ‘normal’ and plan wisely for it 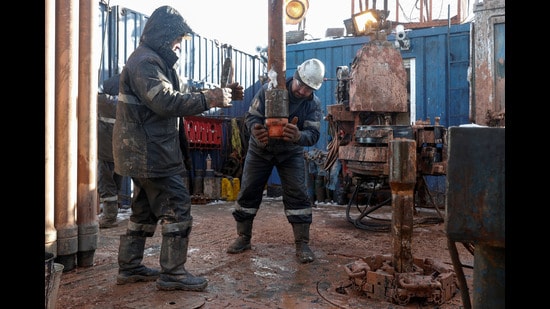 The government’s assumption that next year will be a ‘normal’ year is an audacious gamble”, I wrote in this paper on February 2, the day after finance minister Nirmala Sitharaman presented the Union Budget. Twenty-two days later, Russia invaded Ukraine. Global crude oil prices hit $120 a barrel while the government had assumed a price of $75 a barrel for its Budget estimates. A month after Sitharaman presented the Union Budget on February 1, 2020, Covid-19 hit India and Prime Minister Narendra Modi imposed a sudden shutdown. The Budget was rendered futile.

A month after Sitharaman presented the Budget on February 1, 2021, and said that India was vaccinating the entire world, a deadly second wave hit, killing between half a million and five million Indians, depending on the estimate. The Budget was rendered futile again.

The underlying premise of this year’s Budget that 2022-23 was going to be a “business-as-usual” year struck me as a reckless assumption, based on the experiences of previous years. Alas, this year too, the Budget has been rendered futile in a month.

The Budget planned for a sharp increase in government spending to stimulate the dormant economy. To mobilise resources for such increased spending, Sitharaman cut food, fuel, fertiliser and Mahatma Gandhi National Rural Employment Guarantee Scheme (MGNREGS) budgets from last year, arguing that in a “normal” year, there will be no need to provide for extra ration and higher MGNREGS work; 60% of the increased amount for the government’s budgeted capital expenditure came from cuts in such welfare programmes.

This move has now backfired. Oil prices have skyrocketed due to the Russia-Ukraine conflict, which means the government cannot cut fuel subsidies, but may have to raise them. Russian sanctions have sent raw materials and fertiliser prices into a tizzy, which means the government cannot reduce fertiliser subsidies but may have to increase them. MGNREGS demand continues to be as high as last year and so, the rationale for reduced MGNREGS budget has also fallen apart. To add, the geo-political conflict has pushed all nations to increase defence expenditures, which India will be forced to as well. In sum, the whole economic plan based on an expectation of a “business-as-usual” year has gone awry.

Managing India’s economy when global oil prices are more than $100 a barrel is a different ballgame than when prices are less than $100. The Modi government was blessed with low oil prices that helped boost the Gross Domestic Product (GDP) by 2.5-3 percentage points. High fuel taxes to the tune of ₹1 lakh collected from every rich and poor Indian family alike, made possible due to low global oil prices, contributed nearly a quarter of all tax revenues for the government in its eight-year tenure. Low global oil prices have been an integral driver of the government’s economic performance that helped hide many vulnerabilities and cushioned it from the suicidal shocks of demonetisation and Goods and Services Tax.

In this context, the offer to buy discounted oil from Russia may seem like a boon. The United States seeks to impose a moral imperative by urging India not to turn an implicit approver of the Russian aggression, which Sitharaman has roundly rebuffed with a “we will do what is in India’s best interests” counter. Most political leaders, experts, analysts and commentators agree with the government’s self-interest doctrine. While geo-political and geo-economic conflicts can spark the impulsive nationalistic urge in everyone, it is important to delve calmly into this issue.

During the United Progressive Alliance-2 tenure, when oil prices were above $100, robust exports helped the economy absorb the shock, and grow. Exports rose to 25% of GDP during that time. Exports of labour-intensive textiles, jewellery and leather goods also create a large number of jobs.

Over the last eight years, India’s exports have fallen to 18% of GDP due to the government’s intrinsic trade aversion and a misplaced pivot to import substitution and protectionism. Reviving exports is the critical need for India’s precarious economy. The milestone of $400 billion in exports is a laudable achievement, one that needs to be grown.

It is in this context that India’s decision to buy discounted Russian oil needs to be carefully deliberated. Russia’s discounted oil offer comes with a condition of payment in rubles, but the true market value of rubles is hard to determine due to the sanctions. So, even if India buys Russian oil at a presumptive value of $35 a barrel but pays in rubles, one does not know the true price of the oil India has bought. Alternatively, India and Russia can mutually agree to a currency value, but that is fraught with many dangers of bilateral currency arrangements isolated from the global currency market.

Further, as the world threatens to split into two blocs once again — the China-Russia axis and the western axis, India runs the risk of being trapped in a “bi-axial” currency relationship that can cause disruption to the value of the rupee, which can then harm India’s exports.

There is also a looming threat of secondary sanctions or trade barriers by the western bloc in response to India’s dalliance with Russian oil, which can be very damaging. In short, it is not a “no-brainer” decision and runs the risk of being “rupee wise dollar foolish”.

While it is now clear that this is not going to be a “normal” year as the finance minister assumed, it is also important to be cognisant of the possibility that the future global economic order may also not be “normal” and plan wisely for it.