Declare crypto will never be currency

Don’t ban, but announce it will never be recognised. Send a signal that those who trade in it do so at their own risk 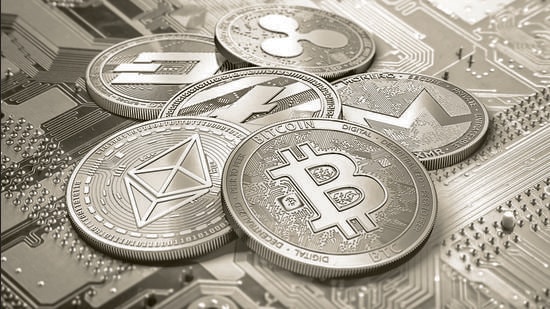 Communicating clearly and loudly to everyone that cryptocurrencies will not be recognised as currency, or as a medium of exchange in India may be the best option to rein in the frenzy over cryptocurrencies (Shutterstock)

Let’s assume that you and I enter into a private contract where I sell you a digital version of the famous Mother India painting of MF Husain and you pay me 100 Ethereums (cryptocurrency). In a free society, as consenting adults, we can get into any agreement for transacting in private assets. What should be the value of a digital version of Husain’s painting or whether this transaction should be consummated in Ethereums or gold or any other should ideally not be of concern to the government.

But if you realised later that what I sold you is just a picture of the Husain painting, taken without due permission or that the value of the Ethereums you paid has multiplied 50 times and you have overpaid, then should the State get involved and provide recourse to you?

This is the crux of the debate on cryptocurrency. Cryptocurrencies, its name notwithstanding, cannot be “currency”. Currency, by definition, is about trust which cannot be substituted with some “cool” technology. When India’s currency was suddenly demonetised overnight, it was the trust that people imposed in their currency that was shaken, the effects of which still linger. Much as it may indulge in reckless experiments with the nation’s currency, the State should still not relinquish its sovereign right to issue currency. This State-backed currency should serve as the primary medium of exchange in any society.

By now, the world has realised the perils of letting engineers run amok with their decentralised, “peer to peer” technology disruptions such as Facebook, WhatsApp and other social media tools that have created deep distrust and havoc in society. A trusted currency with sovereign backing is the cornerstone of modern society and it cannot be replaced with a distributed, decentralised token technology without causing major social upheavals.

If cryptocurrencies are not legalised as currency, then what is the need to ban them? A ban on an unrecognised medium of exchange is neither feasible nor useful. If two parties still want to transact using eclectic objects with the full knowledge that they are not a valid medium of exchange, then the State has no need to interfere in that transaction.

A ban will only drive such transactions underground, making it even more difficult to trace and police them when needed — like sports gambling.

Which still leaves the question of providing recourse to people who may have been defrauded in blockchain transactions. It is tempting to moot the idea of a new government regulator to oversee the abuse of private transactions and protect the affected. But establishing a new regulator for cryptocurrencies can trigger what economists call a moral hazard problem. It runs the risk of sending a misleading signal about a supervisory authority to protect one’s losses, thereby incentivising more people to speculate in objects that will never be recognised as a legitimate medium of exchange. In other words, setting up a new regulator for supervision and redressal may boost speculative trading in cryptocurrencies rather than curb it under the misplaced belief that there is now an investor protection authority.

The other idea being floated is to treat cryptocurrencies as “assets” for purposes of taxation and tax trading gains in cryptocurrencies in order to curb speculation. Again, this runs the risk of legitimising what should strictly be an unrecognised private activity. People trading in cryptocurrencies among each other in some private market should be treated in the same manner as people trading among each other in say facemasks — at their own risk and peril and outside the realm of government support or intervention.

It is bandied about that there are 15 million investors trading billions of dollars in cryptocurrencies in India. There is no sanctity to these numbers. It is merely an estimate provided by one of the many private crypto companies. Regardless, it is clear that the only reason people choose to invest or speculate in cryptocurrencies today is in the hope of an increase in its price in the future. And the hope of a price increase in cryptos is contingent on the ultimate hope that they will be recognised as a valid medium of exchange, which will drive up demand for cryptocurrencies. Once it is well established that cryptos will never be legal currency in India, then trading activity in these should shrink dramatically over time.

Communicating clearly and loudly to everyone that cryptocurrencies will not be recognised as currency, or as a medium of exchange in India may be the best option to rein in the frenzy over cryptocurrencies. If it is not a medium of exchange, then it is unclear that cryptocurrencies possess any value at all. This realisation will quickly dawn on investors looking for easy money and will eventually lead to a correction. Any other solution such as setting up a regulator or taxation of gains may prove to be counterproductive and penny wise, pound foolish. To be sure, there may be some investors who may lose money but that is the risk of greed for a quick buck.

There is much talk of a bill being introduced in the upcoming Parliament session to either ban or regulate or tax cryptocurrencies. Since there is no draft version of the bill in the public domain, the speculation over the bill’s contents is as frenzied as the trading in crypto exchanges. A calmer analysis will reveal that the best action is not to overreact but to simply declare that India will never recognise cryptocurrencies.