Cap on GST must to curb widening economic inequality in India 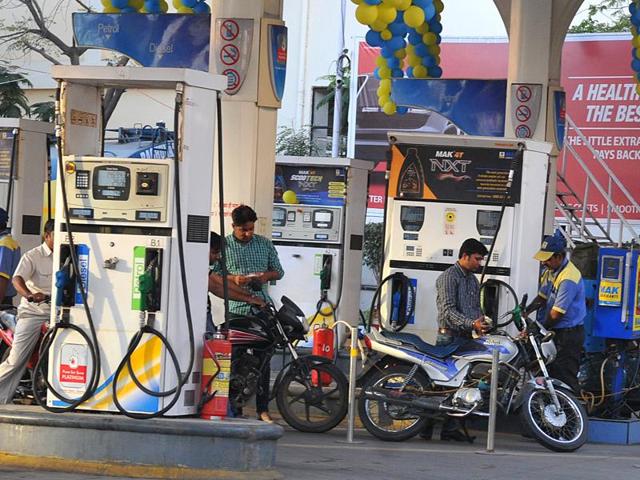 There has been a 127% increase in petrol taxes and a 386% increase in diesel taxes — both indirect taxes — in a span of 15 months. To be sure, there can be perfectly justifiable econ-omic and fiscal reasons for these increases but that is not the point here.(Shankar Mourya/ Hindustan Times)

As another session of Parliament looms, there is a pregnant pause over the delivery of the Goods & Services Taxes (GST) Bill. It seems tantalisingly close with no further complications barring just one — to fix a rate ceiling in the Constitution or not? Aspersions are cast and motives are questioned over this clamour for a constitutional tax cap. Inadvertently, French economist Thomas Piketty’s recent visit to India may have provided an intellectual basis to this debate on a tax cap. Piketty remarked that India needs a much higher tax-GDP ratio to fix its widening income and wealth inequality and that the current skewed tax structure is making inequality worse. Some sought to dismiss his arguments with the familiar ‘foreigner knows little about India’ disdain. Some others argued that improving efficacy of government spending and distribution are far more important than merely raising the tax-GDP ratio. Either way, there is little dispute that India’s current tax-GDP ratio is low and its structure, distorted.

India’s tax-GDP ratio, including both central and state taxes, is around 17% vis-à-vis an average of 35% for the 34 nations belonging to the Organisation for Economic Co-operation and Development (OECD). India’s tax-GDP ratio went from 6% in 1950 to 16% in 1990. Between 1990 and 2014, as India became rapidly wealthy with a five-fold increase in per capita GDP, the tax-GDP ratio actually remained stagnant between 15-17%. Taxes are collected in two categories — direct taxes (tax on income and wealth) and indirect taxes (tax on products and services). Direct taxes typically impact the wealthy elite and the earning middle class. Indirect taxes are by standard convention, regressive in nature and their marginal impact is much greater on the poor than the rich. India collects twice as much in indirect taxes than in direct taxes. India’s direct-indirect tax ratio is 35:65. This is in sharp contrast to most OECD nations where this ratio is either equal or higher, i.e. more biased towards direct taxes. In other words, India’s tax structure is sharply skewed towards placing a greater relative burden on the poor. In the absence of a wealth tax, dividend tax and capital gains tax, it is not surprising that India’s direct taxes ratio to GDP at 5-6% is one of the lowest among large economies. So, India has a peculiar mix of low tax-GDP ratio, with taxes collected largely through regressive means (indirect taxes) that are disproportionately more burdensome to the poor than the rich. An inability to garner more direct taxes has consistently led to governments’ dependence on the buoyancy of indirect taxes to meet tax revenue targets.

Petrol prices at the pump in Delhi are Rs 60/litre. Diesel prices are Rs 45/litre. But given the collapse in global oil prices, petrol should have only cost Rs 44/litre and diesel Rs 31/litre, had taxes on petrol and diesel not been increased on nine occasions in just over a year. There has been a whopping 127% increase in petrol taxes and a 386% increase in diesel taxes — both indirect taxes — in a short span of 15 months. To be sure, there can be perfectly justifiable economic and fiscal reasons for these increases but that is not the point here. This is to highlight the unfettered nature in which the government can impose indirect taxes on its citizens without any checks and balances, thanks to the powers bestowed by the Central Excise Act of 1944. The only recourse for citizens against such indiscriminate taxation is to wait for the next electoral cycle. The GST is also an indirect tax, similar to the excise taxes on petrol and diesel. This means that technically, GST rates can also be subject to limitless changes without a proper parliamentary process. Governments of all political parties have, over the years, resorted to such arbitrary levies of indirect taxes during the fiscal year to mop up additional tax revenues through the backdoor, or to make up for budgetary shortfalls. Given this proclivity for unrestrained indirect taxation, what is the assurance that citizens, especially the economically weaker sections, will not be subject to similar whims and fancies with GST rates? Thus, the notion of binding the government to an upper limit on GST is not as irrational as it is made out to be. The mere idea that there be some checks and balances for levying indirect taxes is not an unreasonable one, given India’s long track record in arbitrary indirect taxation. Indian citizens, especially the poor, are perhaps better served with some restraints and bounds on their elected representatives’ ability to levy such indirect taxes indiscriminately.

However, this is not to argue that an upper numerical limit for GST should be hardwired into the Constitution. This is to merely lay the case for an idea of an upper limit for GST taxation. The current debate seems to be centred on whether an upper limit for the GST should be cast within the Constitution or not, ignoring the larger idea of the need to control reckless indirect taxation. The details of the exact mechanism to determine this upper limit for GST can be worked out through a legislative process, if there is acceptance of the spirit behind this notion of an upper limit for GST. It is time Indian legislators and policy makers pay heed to this alarming reality of widening economic inequality in India, spurred by a distorted direct-indirect tax structure. The inability to raise the share of direct tax revenues from the wealthy and earning middle class cannot be an alibi for indiscriminate surcharges and duties through regressive indirect taxes to generate higher tax revenues. It is then wise to embrace the idea of a limit on such indirect taxes that has an inordinately larger impact on the vast majority of India’s poor.