In 2001, Gujarat was hit by a devastating disaster. Its economic reconstruction is worth emulating 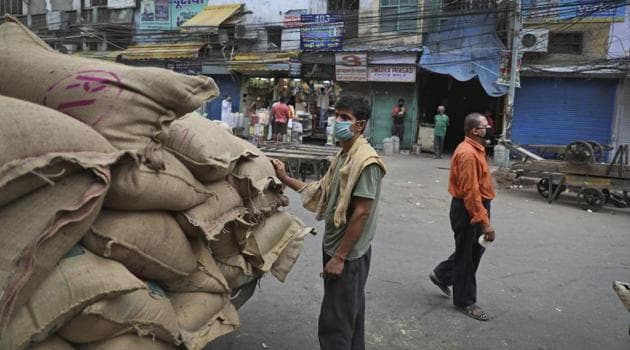 Prime Minister (PM) Narendra Modi, in his address to the nation on May 12, said that Rs 20 lakh crore for 2020 will be the size of India’s coronavirus disease (Covid-19) economic recovery package. It was evident that he liked how the 20s rhymed neatly. Finance minister (FM) Nirmala Sitharaman, in a daily show over the next five days, attempted to provide the details of this package. By the end of the fifth day, it was clear that the FM realised there was a huge trust deficit in the package and mounted a pugilistic public defence, in the style of her previous avatar as a party spokesperson in a cacophonous television debate.

It also sparked an analysis frenzy on the gap between the PM’s “20s” and the FM’s numbers. Was the true fiscal size of the package, Rs 1 lakh crore or Rs 1.68 lakh crore or Rs 86,000 crore? Is this fiscal or monetary, an expenditure or liquidity, a demand-side or supply-side measure? This was the debate among economists, analysts, commentators and even political news anchors.

The PM’s farcical Rs 20 lakh crore for 2020 claim became the focal point for all discussions on what was supposed to be a serious recovery plan to help the nation bounce back from arguably the greatest economic devastation in independent India. Millions of migrants walking home, shuttered businesses and jobless Indians do not care two hoots if the package were Rs 20 lakh or Rs 2 lakh crores, as long as they get assistance immediately to survive. Alas, India’s Covid-19 economic recovery plan has descended into a struggle for media headlines more than helping a struggling economy. But, India’s political leaders and government administrators have a successful history of the reconstruction of the economy and society after a natural disaster. One example that will resonate best today is the story of Gujarat’s reconstruction after the devastating 2001 earthquake.

As the nation was celebrating its 51st Republic Day in 2001, Gujarat was hit by its worst-ever natural disaster — a 6.9 earthquake on the Richter scale. Around 20,000 people died, and 200,000 injured. A million homes, 12,000 schools, 1,200 clinics and 5,000 small businesses were destroyed. The economic impact was 3% of Gujarat’s GDP, even though the epicentre was not a major contributor to Gujarat’s economy. The Gujarat Disaster Management Authority was set up and tasked with rebuilding lives and livelihoods. An amount equivalent to 6.5% of Gujarat’s GDP and one-fifth of overall budget expenditure was immediately allocated for relief and rehabilitation. This was over the budgeted expenditure, for which money was borrowed. Gujarat’s fiscal deficit went from a budgeted 5.1% to 7.5% in FY 2001 and from 5.8% to 9.1% in FY 2002. (source: ADB) Food supplies, medical relief and cash compensation were paid immediately to the affected people. Livelihoods were restored through reconstruction activities which provided a stimulus to other sectors in the economy. This is what economists term as deficit spending in the wake of a crisis. In two years, Gujarat’s economy was back on track. No one knows this better than the then chief minister of Gujarat, who is now the prime minister.

Yet, it is befuddling that Modi is being diffident about deficit spending to cushion the economic shock of the Covid-19 pandemic. Perhaps, the PM fears a potential downgrade of India’s sovereign ratings by international rating agencies if the fiscal deficit is allowed to balloon like it did in Gujarat. When the rating agency Moody’s upgraded India’s ratings in November 2017, the Modi government read it as an endorsement to pursue fiscal prudence. In which case, it is important to remind the PM that the fiscal deficit is measured as a percentage of GDP, and GDP could decline precipitously if bold and appropriate measures are not taken now. So, if GDP declines much more than it should, then the fiscal deficit is going to look bad anyway, even if the government does not indulge in additional spending.

The need of the hour is to put a large chunk of money directly into the hands of the vulnerable. There is consensus among Indian industry too, some voiced publicly and most privately, that it is in their own interests to revive demand by putting money into people’s hands. It is reasonable if the government’s position is that since it is just the beginning of the financial year and the crisis still has a long way to go, one can calibrate the need for deficit spending as the situation evolves. Regardless, the timidity of the government’s response to today’s needs of the suffering millions is inexplicable and unjustifiable.

India’s Covid-19 lockdown is the harshest and the longest among all countries in the world. It is then only logical that the adverse economic impact would also be the most severe in India.

Just as we have now realised that Indian genes or soil cannot escape the laws of science and prevent the spread of coronavirus, it is also important to recognise there is no escape from the laws of economics of the adverse impact of a lockdown. Infantile claims such as Rs 20 lakh crores for 2020 or that the coronavirus chain of infection will be broken in 21 days are not worth discussing seriously, in this grave fight against the coronavirus and its calamitous impact.