Guilty of not voting

Before pronouncing that verdict and doling out punishment, weed out the errors and inconsistencies in the EC’s database of voters 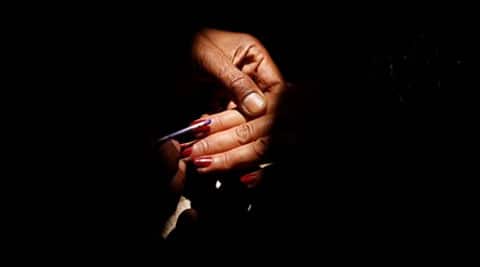 Since 1975, 490 million people in Gujarat were eligible to vote across 20 elections to the Gujarat Assembly and the Lok Sabha, as per EC data. (Source: AP photo)

It would be daunting even for a masochistic ruler to punish the equivalent of the entire population of South Africa. That would have been the unenviable task of the state of Gujarat had the compulsory voting law, as approved recently by the Gujarat governor, been in place since 2009. The Gujarat government promulgated an amendment to its Local Authorities Laws Bill that now makes it mandatory for voters in Gujarat to vote in local body elections. Predictably, it has unleashed a plethora of reactions, ranging from outrage and consternation to jingoism.

This article does not suffer from the trappings of ideology to opine if such mandatory voting laws are puerile “democratic paternalism” or inculcate better citizen behaviour. It attempts to highlight the underbelly of electoral rolls as maintained by the Election Commission (EC), which forms the very foundation for determining culpability for this purported “non-voting” offence. To be sure, the current bill, as approved by the Gujarat governor, is restricted to local body elections and does not cover elections to the state assembly or the Lok Sabha. Presumably, though, this is the harbinger of a more comprehensive statewide and nationwide law. If not voting in elections to the state assembly or the Lok Sabha were a punishable offence, ostensibly, there would be the need for a process to determine those eligible to vote and those that voted, and thus deduce those guilty of not voting. While the EC deserves kudos for being the bedrock of the world’s largest democracy, the deep faultlines in its electoral database are swept under the euphoria of more than 600 million people casting their votes. And therein lie the dangers of rushing into such compulsory voting laws.

Since 1975, 490 million people in Gujarat were eligible to vote across 20 elections to the Gujarat Assembly and the Lok Sabha, as per EC data. Two hundred and seventy million actually voted in these 20 elections. Two hundred and twenty million (490 minus 270) were guilty of not voting. More recently, in the three elections held in Gujarat since 2009 (2009 and 2014 Lok Sabha, 2012 assembly), of the 115 million eligible voters, 70 million actually voted. Forty-five million (115 minus 70) non-voters, equal to the entire population of South Africa, are hence prone to punishment.

However, as per our estimates, there should have been only 93 to 96 million eligible voters between the 2009 and 2014 elections, not 115 million. The database of eligible voters, as determined by the EC, is fraught with errors and inconsistencies. While the population of Gujarat, in the absence of external shocks like famine or large natural calamities, has been growing steadily at an average of 2 per cent every year for the last 40 years, the EC data would have us believe that Gujarat goes through massive and random spurts of birth, death, immigration and emigration. The number of eligible voters in Gujarat jumped by 4.1 million (17 per cent) from the 1991 to 1995 elections, whereas the number of voters went down (yes down, not up) by 5,00,000 in one year between the 1995 and 1996 elections.

Similarly, there were three million new voters between the 2004 and 2007 elections, while between 2007 and 2009, there were 1,10,000 fewer voters. Such bizarre swings in the rolls of eligible voters can be witnessed in every single election in Gujarat since 1975. The chart shows how blatant the discrepancies in the annual percentage change in the population of Gujarat versus eligible voters, as per EC data, are. It is conceivable that the reduction of voting age from 21 to 18 for the 1989 election can explain the 26 per cent increase in Gujarat voters between 1985 and 1989. In our estimates, the EC has had 40 to 50 million phantom voters in its Gujarat electoral rolls in the last 20 elections, over 40 years. Such glaring inconsistencies are not unique to the electoral rolls of Gujarat. One lakh fifty thousand voters were added to the voter list in Mumbai for the 1999 Lok Sabha election vis-a-vis the 1998 election. But 27,000 voters were deleted for the subsequent 2004 election and, miraculously, 4,50,000 voters were added back for the 2009 election. This inexplicable volatility in the numbers of eligible voters pervades every election in every state, rendering the entire electoral roll database suspect.

The root of this problem lies in the inability of the EC to accurately identify the dead, remove voters who have relocated and add new voters just once. In the absence of laws that make non-voting a punishable offence, such errors of 2 to 4 per cent in electoral rolls will, at worst, lead to an outcry that will fall on deaf ears. With compulsory voting, when 2,00,000 to 5,00,000 people in one election in a single state are falsely convicted of not voting due to database errors, the uproar can be deafening. The foundation for a mandatory voting law is an error-free list of eligible voters and actual voters. Perhaps Aadhaar can be that foundation. The blessing in disguise from a compulsory voting law can be an error-free electoral roll.

The writer is founding trustee, IndiaSpend. This article was co-written with Saumya Tewari