Will Congress’ booth ‘Shakti’ strategy be able to defeat the BJP’s jumbo election machinery in the 2019 elections? 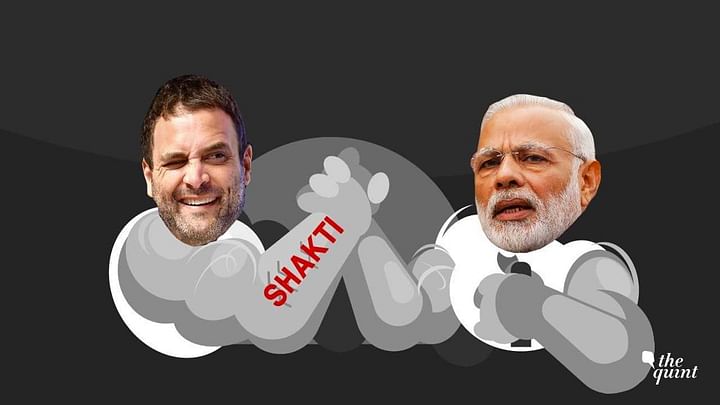 Booth management – a phrase that instantly brings the Bharatiya Janata Party (BJP) to mind, like party President Amit Shah explaining a winning strategy to his workers. However, now it’s the Congress that is claiming that it will beat the BJP with this strategy. And the way it wants to use this strategy in the upcoming Lok Sabha elections is through ‘Shakti’.

Shakti is a project with the agenda of:

So far the project has been launched in ten states, including Rajasthan and Gujarat.

In order to examine this claim of ‘identification of workers till the booth level’, The Quint spoke to Vijay Chaudhary, a Congress worker from Lakhanpur village, which comes under the Nadbai Assembly constituency in the Bharatpur district of Rajasthan.

Earlier, people in villages and small towns had no information about the activities of the Congress party. However, now we register them under ‘Shakti’. After that they get videos of leaders like Rahul Gandhi and Sachin Pilot directly via SMS. It has become easy for us to keep people connected to the party.
Vijay Chaudhary, Congress worker 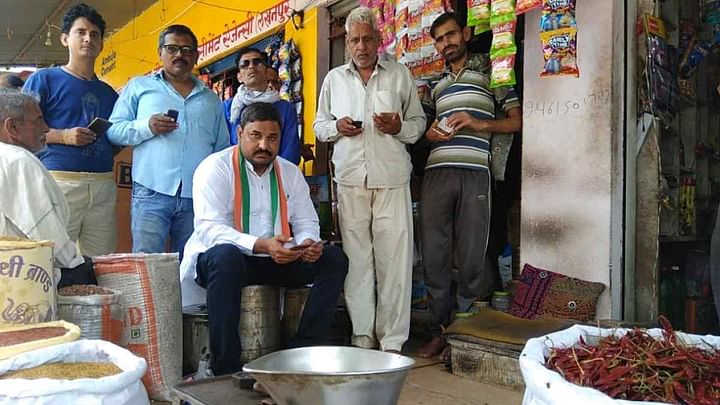 Earlier, you had to unnecessarily bow to the block chief or zila pramukh to get your work to reach the high command. But since ‘Shakti’ you don’t need to do that. There is a feature in the programme which tells you which new registration happened under which karyakarta. This means, each individual’s performance reaches the headquarters directly.
Vijay Chaudhary, Congress worker

The Need for ‘Shakti’

In the Gujarat elections last December, the BJP got 99 seats and the Congress got 77. The magic number for winning the 182-seat Assembly is 92. While brainstorming over the reasons for the defeat, the Congress came to know that out of 50,000 polling booths in Gujarat, there were only 16 booths which changed the BJP’s fate . 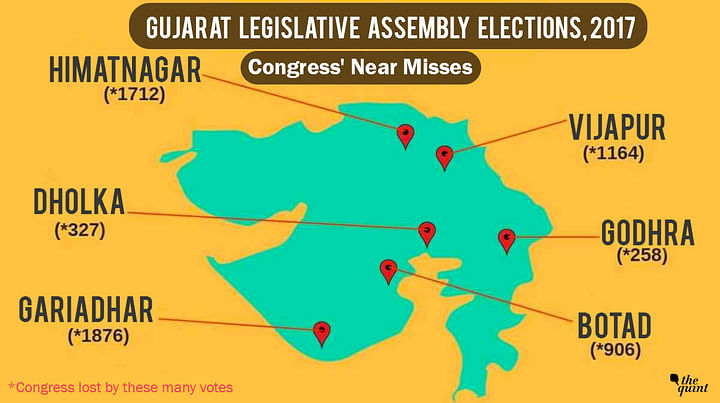 In the 2017 Gujarat Assembly elections, the Congress lost by a small margin.(Photo: Kanishk Dangi/The Quint)

Godhra, Vijapur, Himmatnagar, Dholka, Botad, Garhiadhar – These six Assembly seats are the ones that the Congress lost by a difference of about 250 to 2,000 votes. If at these 16 booths in these six seats the Congress had got votes like it did in 2012, it would have won and the BJP would have been stopped short of getting a majority.

In order to delve deeper and work on all the data, the Congress formed a Data Analytics department in February 2018. 14 IT engineers headed by Mumbai economist Praveen Chakravarty are currently working in this department. In the Karnataka elections held in May 2018, this department’s assessment was: 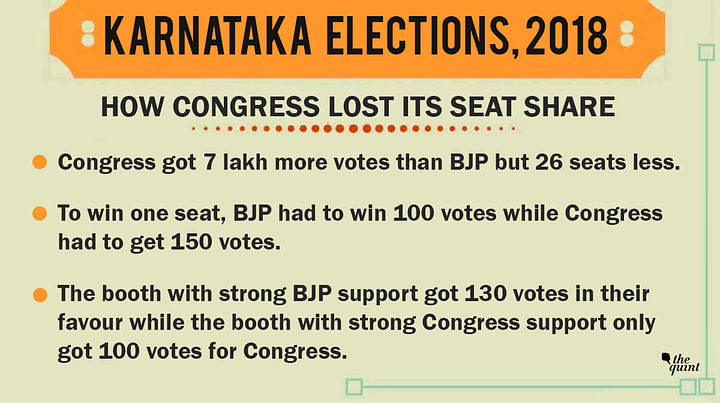 In the Karnataka Assembly elections held in May 2018, the Congress got 78 seats and the BJP got 104 seats.(Photo: Shadab Moiji/The Quint)

This highlights that the BJP knows where to focus and its hold on polling booths is stronger than that of the Congress. To overcome this, the Data Analysis department suggested some solutions:

If the party is indeed successful in implementing all these things, these workers will become a major force on the voting day.

The Benefits of ‘Shakti’

A source associated with ‘Shakti’ told The Quint:

For the past several years, the Congress party has been contesting elections with the support of the posters of Indira Gandhi and Rajiv Gandhi, and the rallies of Sonia and Rahul Gandhi. But now the times are changing and there is a need to give a technological edge to the party’s electoral strategies. By doing this, we can increase our vote share by five percentage points and 50 seats. That is, if we got 44 seats in 2014, then with this strategy they can be increased to 95-100.

Although the BJP is reaching its voters and workers through the ‘NaMo’ app and WhatsApp messages, the Congress has restricted itself to sending SMSs.

To join ‘Shakti’ in any state, you need to send your voter ID card via SMS to the ‘Shakti’ number for that state. After the verification of the voter ID card, the sender of the message gets registered in ‘Shakti’. There is also a separate number for registrations in the Congress party’s women’s wing.

The Congress claims that its party workers from all over the country will be associated with ‘Shakti’ in the next three months.(Photo: Stuti Mishra/The Quint)

After registration, to communicate a sense of importance to the karyakarta, they send them a ‘welcome call’ in the voice of Rahul Gandhi. And the worker’s details like Assembly, booth, age, gender and mobile number are registered in the Congress party’s database.

According to the Congress party, this method is both different and more effective from the BJP’s ‘missed call membership’. The party also claims:

According to an office-bearer overseeing the technical work for ‘Shakti’:

If the Congress’ office in Delhi needs to identify female workers between 20-35 years of age in some remote part of Chhattisgarh’s Bastar district, then with the help of ‘Shakti’ that can be done.

Will it be Enough?

However, amid all these claims some questions come to mind:

However, nearly 20 lakh workers in eight states have already been registered and the party claims that in the next three months Congress workers across India will have been enrolled in the ‘Shakti’ system. But it will be interesting to watch just how effectively these strategies of the “late to the party” Congress reach their workers to combat the jumbo election machinery of the BJP.

(This story was originally published on QuintHindi.)