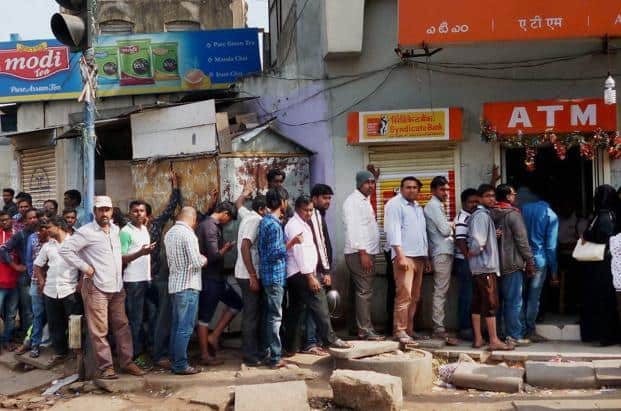 The means and ends of a policy matter equally in a liberal society, perhaps not in business. Photo: PTI

Indulge in a small thought experiment. Prime Minister (PM) Narendra Modi addresses the nation on 2 October 2014. He announces that from the next day all open spaces in villages and towns will be sealed for public access from 5- 10am every day. The spaces will be guarded tightly by the Indian Army and will be impregnable. This jolts the 564 million people in rural India that are entirely dependent on such open spaces for their daily morning ablutions. There is tremendous suffering for these people, even leading to deaths. After many weeks of suffering, some people are forced to start using toilets. The PM claims this was a “shock and awe” treatment to induce a behavioural change in the 61% of rural India that defecates in the open and make India an “open defecation free” society. Would such a move have been lauded as a bold step to rid India of its perennial problem of open defecation? Or would it have been considered a harsh and cruel action in a liberal democracy albeit the honourable objective?

Rather than shut off all open spaces suddenly, on 2 October, the PM launched Swachh Bharat Abhiyan as a campaign to free India from open defecation. The scheme was given ample resources to build toilets as well as to educate Indians on the benefits of toilet use. He never missed an opportunity to speak about it and now the logo of Swachh Bharat Abhiyan even finds itself on the new currency note. Rather than trying to coerce behavioural change for faster results, the PM acted as a true
head of a liberal state to goad and inspire his fellow citizens to alter their behaviour.

The above thought experiment is not very different from the currency ban exercise that was launched on 8 November. It was a “shock and awe” action that was originally described as a war against illicit wealth and black money. Over the last several weeks, the narrative has shifted and the demonetisation exercise is now being desperately positioned as a move for India to become a cashless society. In his initial speech of 8 November, the PM mentioned the phrase “black money” 18 times. He did not utter the phrase “cashless” or “digital”. Two weeks later, on 27 November, in two speeches on the demonetisation action, he used the phrase “black money” nine times but used “cashless/digital” 24 times. Apparently, it is now no longer a “war on black money” but a “war on all cash” with “short-term pain for long-term gains”. The PM now claims that invalidating nearly 90% of the country’s currency overnight and throwing millions of people in disarray was just to induce behavioural change in Indians’ fancy for cash. Embarrassingly, technology luminaries of Bengaluru and public commentators are cheering at this sudden prospect of a “cashless” India, never mind if Indians still defecate in the open or not.

Let’s be clear, 61% of rural India defecating in the open is a far more serious and significant problem than India’s 12% cash to gross domestic product ratio. Culture and habits are a significant reason for open defecation in India. So, if any, altering this behaviour of 564 million Indians is far more vital for the future of this nation. Yet, the PM rightly did not resort to force or coercion to induce this behavioural change but instead is motivating them to change.

But to our “results-oriented” and “action-seeking” commentariat, Indians’ love for paper currency is so much more detrimental to the future of this nation than malnutrition that it is perfectly legitimate to jeopardize people’s lives and force them out of their cash fetish. To be sure, going cashless is an entirely laudable objective. But removing 86% of a country’s currency overnight and throwing hundreds of millions of lives in disarray to seemingly change their cash usage behaviour sounds primordial and antediluvian, not befitting of a modern liberal society. Technology entrepreneurs and public commentators, in their unbridled enthusiasm for technology and its ability to change the world, seem blind to this blatant disregard for civility in administering this massive economic shock to make India “cashless”. Eminent commentators would do better to deride such extreme, rash policy decisions and call out this entire “cashless” narrative for what it is—a laughable afterthought—rather than encouraging it and creating a perverse incentive for other such extreme policy measures in the future. The peeve is not about the merits of the objective. It is about the manner of it. The means and ends matter equally in public policy in a liberal society, perhaps not in business.

In a recent address to technology entrepreneurs, US President Barack Obama succinctly articulated the difference between Silicon Valley companies and public office. He reminded these technology enthusiasts that “government does not work like a start-up on purpose. It has to be accountable to everyone with diverse needs and competing interests in tow. It’s way more complicated than serving an app’s user base”. Notwithstanding the government’s hasty announcements of incentives to encourage use of plastic cards and technology entrepreneurs gloating over triple digit growth in electronic transactions, the truth is that the manner in which this has been accomplished is abominable. That the world’s largest democracy and third largest economy (in purchasing power parity terms) “experimented” by removing nearly 90% of its currency overnight with no clear rationale and slapped a narrative of “going cashless” as an after-thought is not to be cherished and cheered but bewailed and bemoaned.

Praveen Chakravarty is a senior fellow in political economy at IDFC Institute, a think tank.

Comments are welcome at theirview@livemint.com