Covid-19 will devastate the economy.

Covid-19 will devastate the economy. Buckle up, writes Praveen Chakravarty

A demand stimulus, reduction of interest rates, fixing the financial sector can soften the blow. Is the State capable? 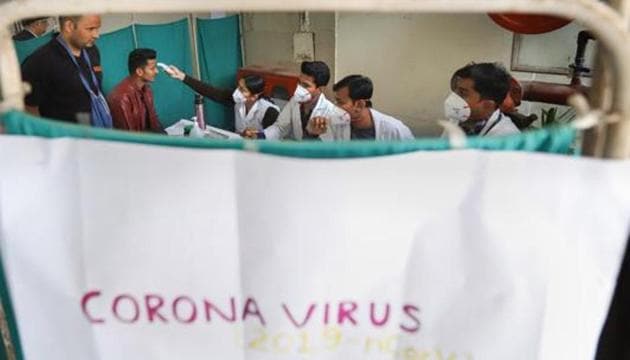 Immediately after finance minister (FM), Nirmala Sitharaman, presented the Union Budget on February 1, I wrote an article in this newspaper comparing India’s economic crisis to what was, then, only China’s coronavirus problem, highlighting the wishful denial of their respective crises by both the governments.

Much has changed since. The coronavirus is no longer just a Chinese problem, but a global one. India’s crisis is no longer just an economic one, but a health crisis too. China has moved from denial to action, and, ostensibly, is now clawing its way back to normalcy. India has just begun efforts to combat the epidemic. Will the virus impact 1% or 10% or 30% of India’s population is a question that health experts are agonising over. Regardless, it is clear that 100% of Indians will bear the brunt of the economic shock of Covid-19.

Every major country has closed its borders. Every major city, town or province has imposed a lockdown. Billions of people are either already, or will soon be, under home arrest. Public places are being shut down, and gatherings are being cancelled. The world has, perhaps, not experienced such a disruption to lives and societies in such a synchronised manner since World War II. People being quarantined results in an inevitable slowdown of economic activity. A massive global economic shock cannot be prevented. So, by being quarantined, one could possibly escape the coronavirus, but cannot escape the economic impact of the virus. The question is not one of how bad the impending economic crisis will be, which is bound to be deep and sharp, but how long the economic pain will endure and what can be an effective antidote?

China, the epicentre of this health crisis, is purportedly recovering much faster from this contagion than the rest of the world, and could soon have its factories reopened and running at full capacity. But with a virtual global shutdown, it will take much longer to recover the global economy. The world’s largest economies such as the United States and Europe are expected to contract and shrink in the near term. Recovery from such an extreme economic shock will be slow and tardy.

Unlike during the 2008 global financial crisis, developed countries no longer have the headroom to print money or reduce interest rates to stimulate their economy to full recovery. Their available economic recovery tools are blunt and docile. Fortunately, India still has some potent tools left in its economic recovery toolbox that can help pull us out of this imminent economic slump. The Reserve Bank of India (RBI) governor, earlier this week, admitted for the first time that the economic impact from the coronavirus can be dire, and reassured businesses of the RBI’s readiness and willingness to act. This was a step in the right direction.

First, the Government of India needs to roll out a big stimulus package, aimed at consumers and not producers. Money in the hands of people during times of crisis acts as a shock absorber for the overall economy. Next, India still has the monetary headroom to reduce interest rates, as the RBI governor, Shaktikanta Das, alluded to, which can incentivise both the demand and supply side of the economy. Third, we just need to hunker down and fix the financial system by proactively merging risky financial institutions with larger and safer institutions. There is no time left to wait for these shaky institutions to come to the brink of collapse, threatening the entire financial system as we are witnessing, and then scamper to rescue them in a haphazard manner. These are the immediate steps that can be effective in mitigating the disastrous impact on the economy and help restore normalcy. Surely, there will be a fiscal impact of all these measures but now is not the time for fiscal conservatism.

Supply-side reforms, infrastructure investments and the like, that economists clamour for, will take time to trickle down, and, hence, can be the next phase of the revival package. While India’s economic recovery toolbox is not bare, sadly, the owners of this toolbox do not seem to know how to use these tools.

I have no doubt that the FM is very industrious and sincere in her intent. But there seems to be a gaping hole between her intent and action. Her most recent handling of the twin collapse of global oil prices and YES Bank was inexplicable. Petrol and diesel prices could have been slashed dramatically, thereby, immediately putting ~4,000 in the hands of half of all Indian families, as per my calculations. Instead, she chose to raise duties and hoard all of the savings from the fall in global oil prices. YES Bank should have been merged with the State Bank of India, and the opportunity used to initiate action on all other risky institutions. Instead, the banking industry was coerced into keeping YES Bank as an independent entity, and, thus, limiting the options for acting on other fragile banks and institutions. Further, rather than reducing GST rates to boost consumption, the GST council, earlier this week, increased tax rates on mobile phones, which is now a staple for most Indians. If the government’s rationale for the tax hike was that it will spur domestic manufacturing of mobile phones in the long term, then I can only remind the finance minister of Keynes’ quote, “In the long run, we are all dead”.

At a time when the global economy is going into a tail-spin, the economic policy-making skills of the government do not inspire confidence. In the coming months, the virus will infect many more Indians. And it will pass. But the economic wounds will last longer. When economic activity collapses so suddenly and sharply as it will due to the coronavirus, it leads to a liquidity crisis. Businesses lose revenues due to a demand slump, and are then unable to meet their payment obligations to vendors and banks, which then leads to a chain reaction. A liquidity crisis, when not acted upon quickly, leads to a solvency crisis, forcing the closure of these businesses. A solvency crisis can turn into a full-blown economic crisis.

It need not play out this way. The economy can be padded with shock absorbers and nursed back to recovery. To be able to achieve that, we need a FM who has the ability to manage a $3-trillion economy.